I have mine in.  Don't change stock stuff until it is right.  When my MAF was disconnected it fell on its face upon throttle.
I wonder if your fuel pressure is off.

I don't know how it could be.  The gauge I have installed says its perfect at idle.  Like 38 or something like that.  It's a stock regulator w/ stock injectors, so I'm not sure how it could be off.

I can tell you I'm very much running out of patience with this car.

You're reading my mind. My wife is so sick of hearing me talk about swapping that car with a 4G63. Its a BEAUTIFUL car, it really is, but my power plant has been suspect from the beginning and its no fun to stare at it in the garage. I'm really over the G54B. I might just leave it in there for now and start building a 4G63. I got enough parts in the garage and attic I could probably piece one together in a week.

I'm really hoping your right kev.  And I'm really thinking it is the MAS too.  I can't test it right now, I dropped my OVCP off at JMFab the day after I last drove the car to have a 1G BOV flange welded on.  The flange that came on the pipe was a Greddy style flange, so I couldn't run my BOV.  So, I'm having that corrected.  When I first called the shop the plan was to drop the whole car off, but since it's not really drivable yet I just took the pipe off and took it down.  Once I get it back from them I'll put the pipe on, swap the MAS and try again.

I'm pretty confident I fixed the oil leak, b/c even on the short drive I took the other day it didn't leak or spot anything (I put a fresh sheet of cardboard underneath so I could see)  It idles better than it ever has since I've owned it. Now, if we could just get it moving.

After doing some research on here and reading that some other guys have done that I did.  Everything I read said very THIN coat.  So that's what I did.  Seems good so far.  Like I said, I also replaced the valve cover gasket which I had intentionally NOT replaced b/c I was waiting to heat cycle the engine and check the torque on the ARP head bolts.

I haven't, but it might be something to look into.  My tentative plan moving forward was to install the SAFC-II out of my Eclipse (which is ancient technology at this point too) after upgrading that car to the DSM Link.  However, due to COVID, there's been lots of delays at ECM Turning, and I just found out last week my extra EPROM ECU I bought for this is now missing.  Even if I switch the car to a SAFC though, it would still be running off the MAF - although I would have some control over the tune.

Thanks of the input.  I'll have to look into that.  I know several people run that setup, and I've seen them for sale on here every now and then.

Thanks for asking kev.  Here's where I'm at ... I had a OVCP pipe made and flanged for a 1G BOV at JMFab and I got that back.  I got that installed and that seemed to solve the drivability issue.  There must have been a boost or vacuum leak with the makeshift pipe I was trying to use while I was waiting.   The oil leak from the cam seal seems to fixed as well.

I was even able to drive the car for the first time this year and take it to a C&C last Saturday. 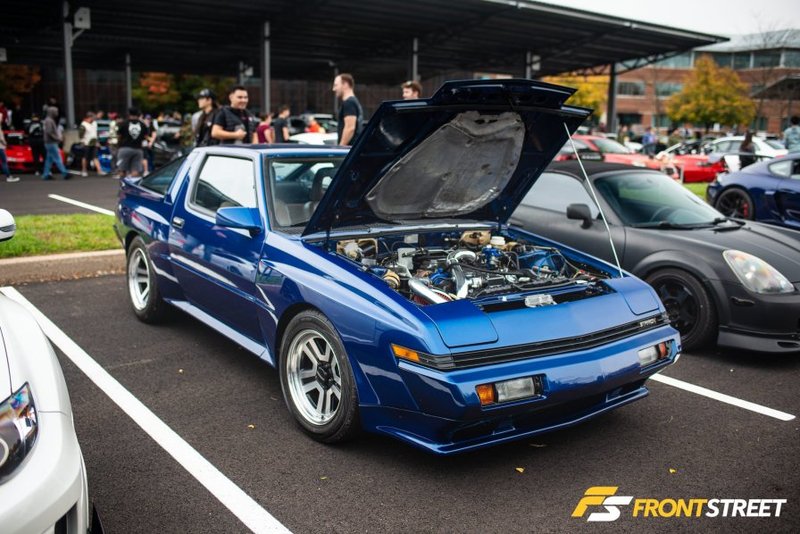 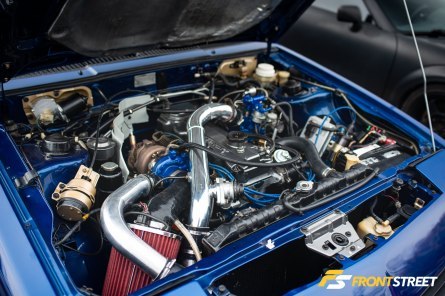 While that stuff is all good, the car is still not running right, it's running super-rich just like it was before I tore it all apart.  When I have a chance, I'm going to make a separate post about to get some input from other board members b/c I am at a loss at this point.

EDIT: I forgot to mention, I did swap the MAS back to the one I was using, and then swapped it again to my spare.  No difference with either MAS on how the car drives.

That is definitely on my to-do list.  I'm just still trying to sort out how I'm going to make that happen.  My intake pipe is a soft silicone MK1 pipe, so I think I'm going to have to make a custom pipe so that I have a way to plumb a recirculation tube back into the intake.  I was planning to JMFab take care of that at the same time as OVCP, but his fab person is leaving and only working part-time right now, so it wasn't in the cards scheduling wise.

However, what doesn't make sense to me is that I am getting an AFR of 11 or less at a traffic light at idle when nothing venting. BOV is closed, so all metered air is accounted for, it should not be rich at idle.  Something else other than the BOV venting to the atmosphere is wrong ... and has been wrong with this car for a long time.

Funny you mention that Cary.  Tsi_Tom and I were just talking about this possibility the other week. We found the pins on the ECU for the CTS are 6 and 4.  Do you know if there is a way to test the signal at the ECU?  I've replaced caps and things like that on boards before, not sure if I can find a problem if it can be repaired.  If not, would the idea be to try another ECU and see how the car behaves?  When I get a chance, I want to disconnect the CTS completely and take the car for a drive and see if it drives any different with the CTS unplugged.

My opinion, and my gut is telling me that the car is stuck in closed loop.

He states to use a 270 ohm resistor but I've always used a simple 300 ohm.   Get it up to temperature, unplug the CTS and add the resister to the two leads on the harness.   Then see how your afr fares.

I never tried using a resistor to test the temp sensor but that is a good idea. You could always get a potentiometer and vary the resistance to see how the ECU reacts to the change. It sucks these cars dont give a data reading or that the coolant gauge isnt tied directly to the temp sensor for the ECU.

When mine failed it suddenly went stupid rich at idle. Had been running fine for a while and all of a sudden at a light my AFR went to 9-10 and I barely made it home. I checked for injector leakage etc but no issue there. I bought a new ECT and installed it. That corrected the issue.

For the cost of a new ECT sensor it may not be bad to just replace it. The test kev mentioned would be easiest if you can get to an electronics store to buy a resistor.

What I want to test is that the applied resistance matches what is  at the ECU harness connection.

I'll definitely try the resistor trick.  I probably have a 270 or 300 ohm laying around at home already. What I want to know though, is what Tom is talking about.  Am I getting a signal at the ECU from the CTS?  I've replaced the CTS 3 times, and I've checked them in a pot of hot water and on the car cold and after being up to operating temp, and they ohm out just fine.  I think the problem is with the receiving of the signal.