23 replies to this topic

This has been something I've wanted to do for quite awhile and I'm excited to finally start it. The planning and thinking about this build has been years in the making. It won't be the most glamorous car ever, it's not going to break the internet, or win any awards, but it will scratch an itch I've had for a long time. More importantly its going to make me happy!

So what the hell is O.R.C Evo?

Honestly it's just a mix of two ideas. Off Road Chassis which I think will make some sense later on and Evo as in evolution. The really basic concept is I want to build an approximation of a homologation Starion.

It will be a road car, have an interior, will not look crazy, but will be lighter, simple, rally capable, and mix of race car and road car.

Yea, I'm expecting to have a lot of fun with this car.

Here are a few pictures of the car and where it sits as of today before I start working on it today. I'll post a more in depth description of what I'll be doing to the car a bit later. 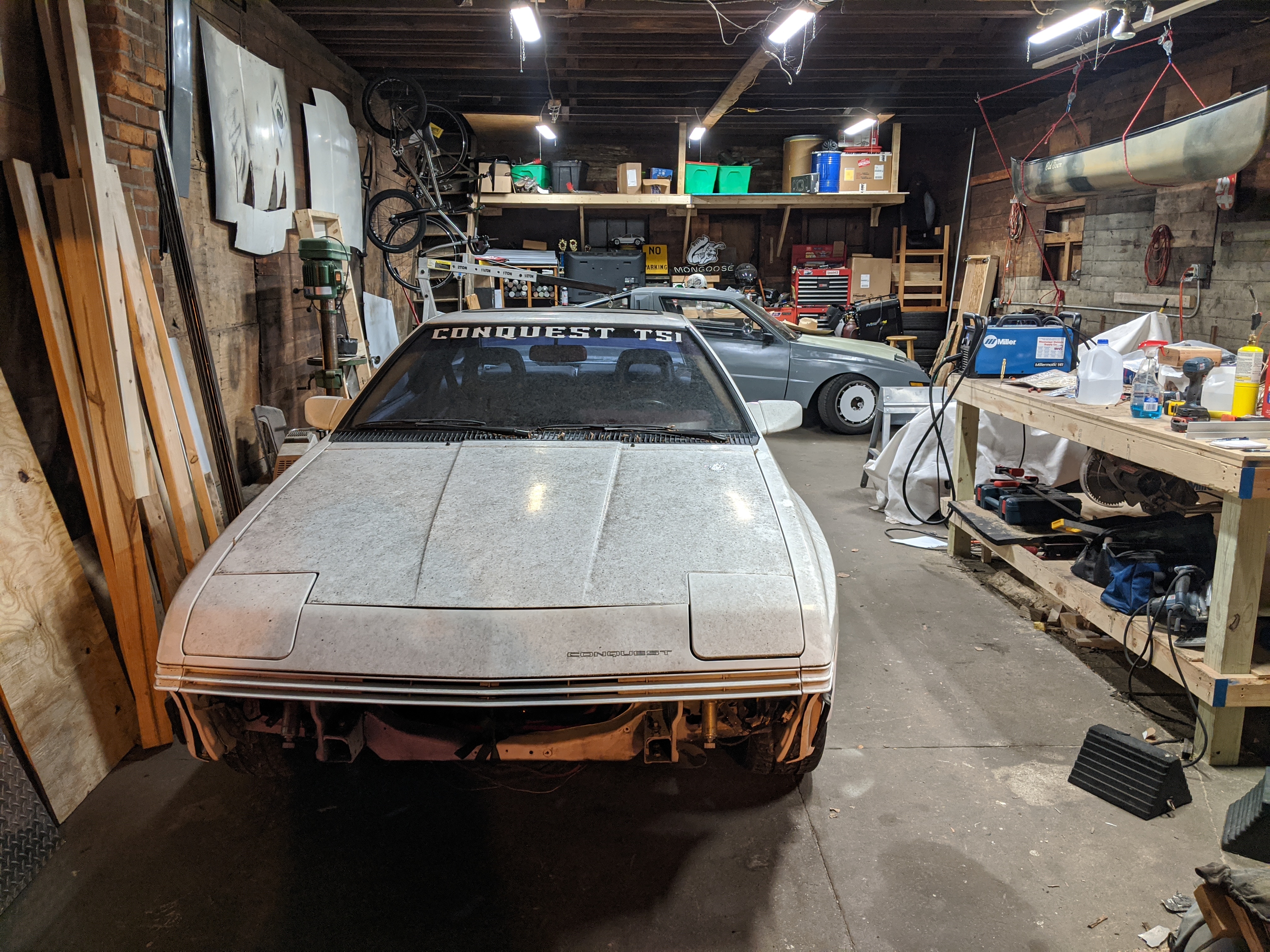 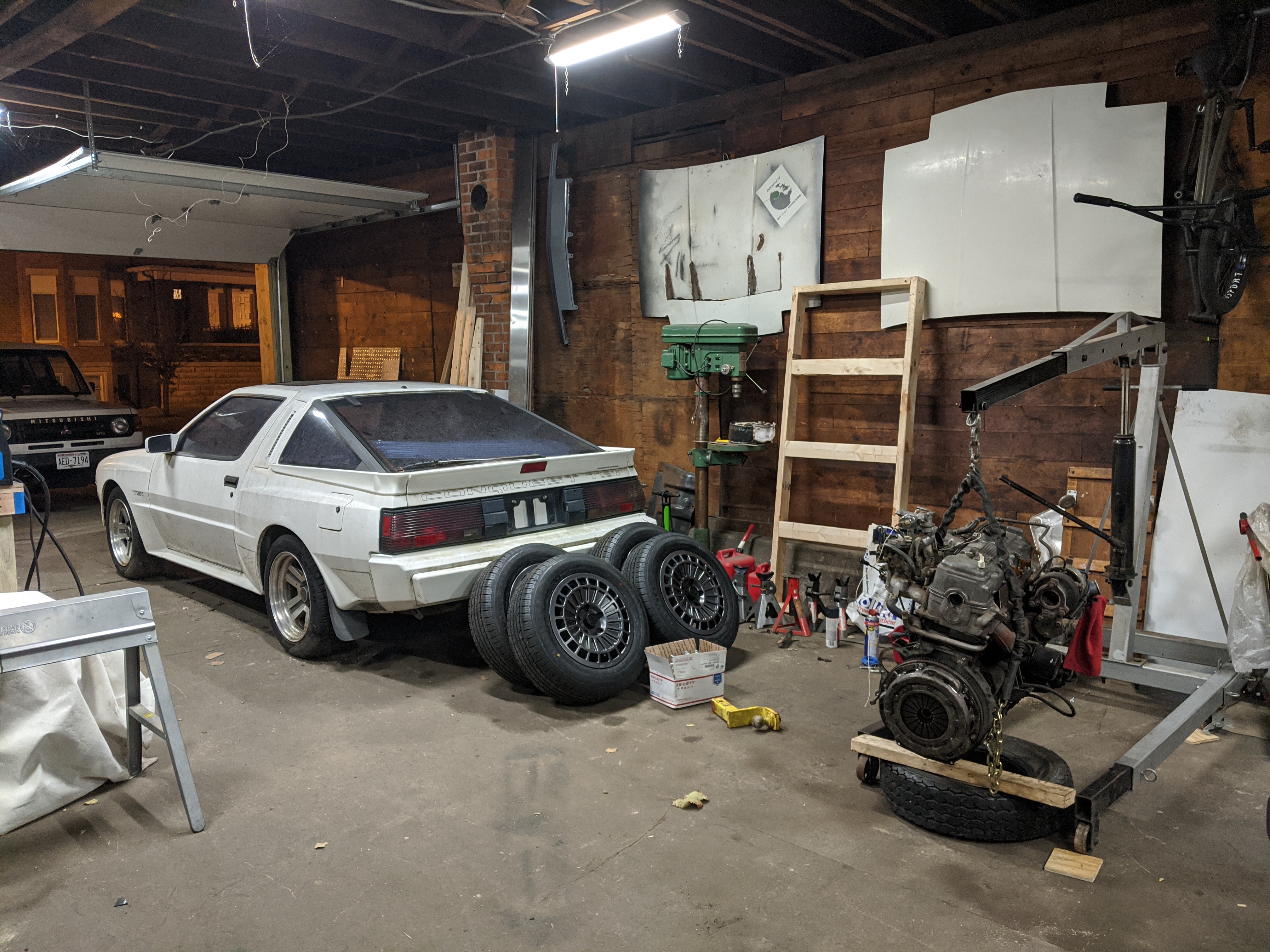 Twin scroll Evo would be great!

Twin scroll Evo would be great!

Do you mean evo motor? The plan is to stick with the g54b.

You've got nothing to be sorry about dude, I'm all ears for ideas and discussion. Keep it coming

Wow this is gonna be really cool!

will it be AWD or keep RWD?

will it be AWD or keep RWD?

Its going to stay RWD due to the amount of cutting, fabrication, and also how hard the parts would be to source to pull that together. Maybe one day I'll build an awd Starion but not for now

After several hours in the garage and what seems like very little progress I figured I'd put the wheels on the car for some motivation haha. Here are a few pictures of the condition of the car before I seriously start clean up, tear down, and changes. I'm really looking forward to getting this car put together so I can drive it! 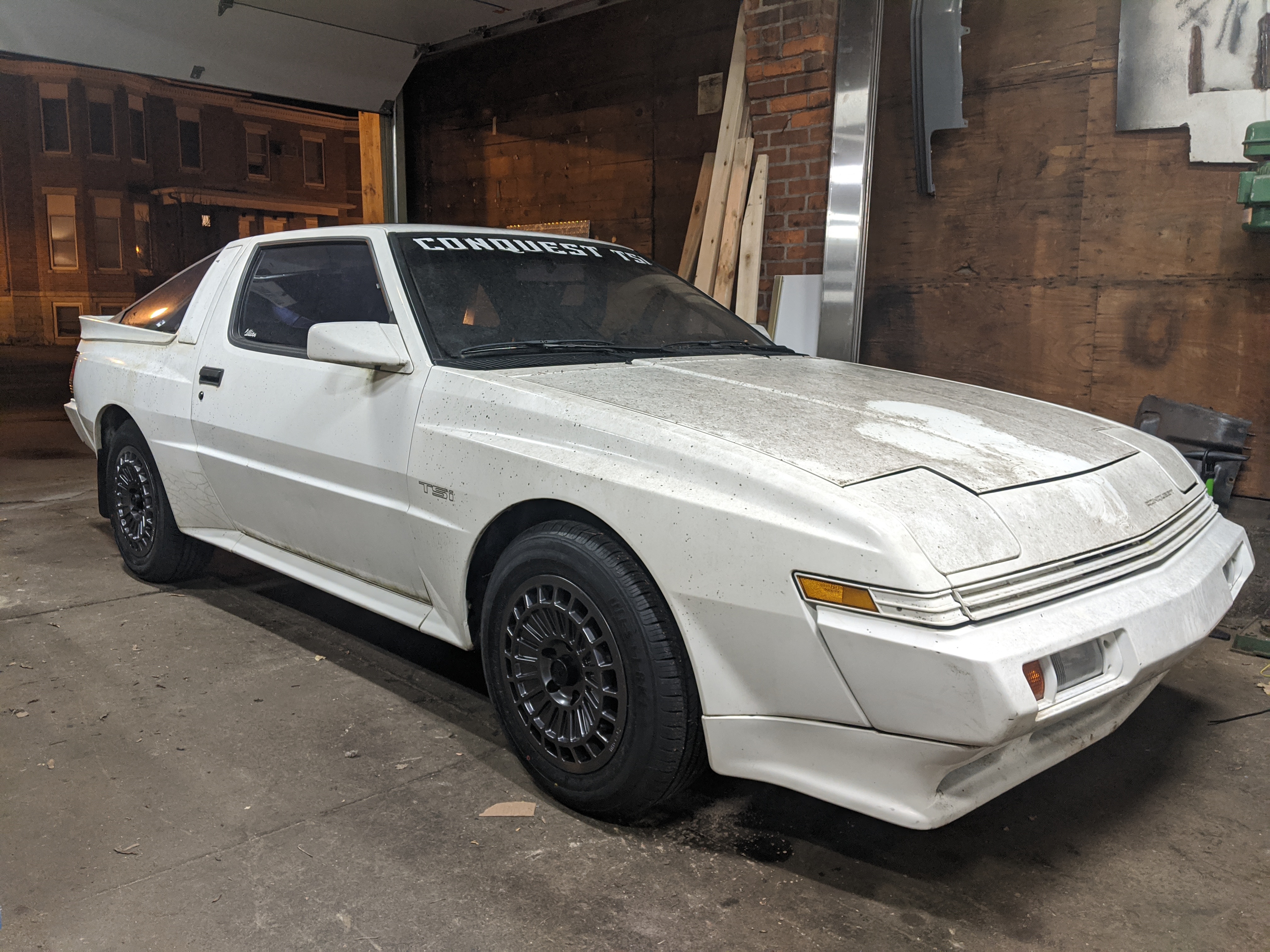 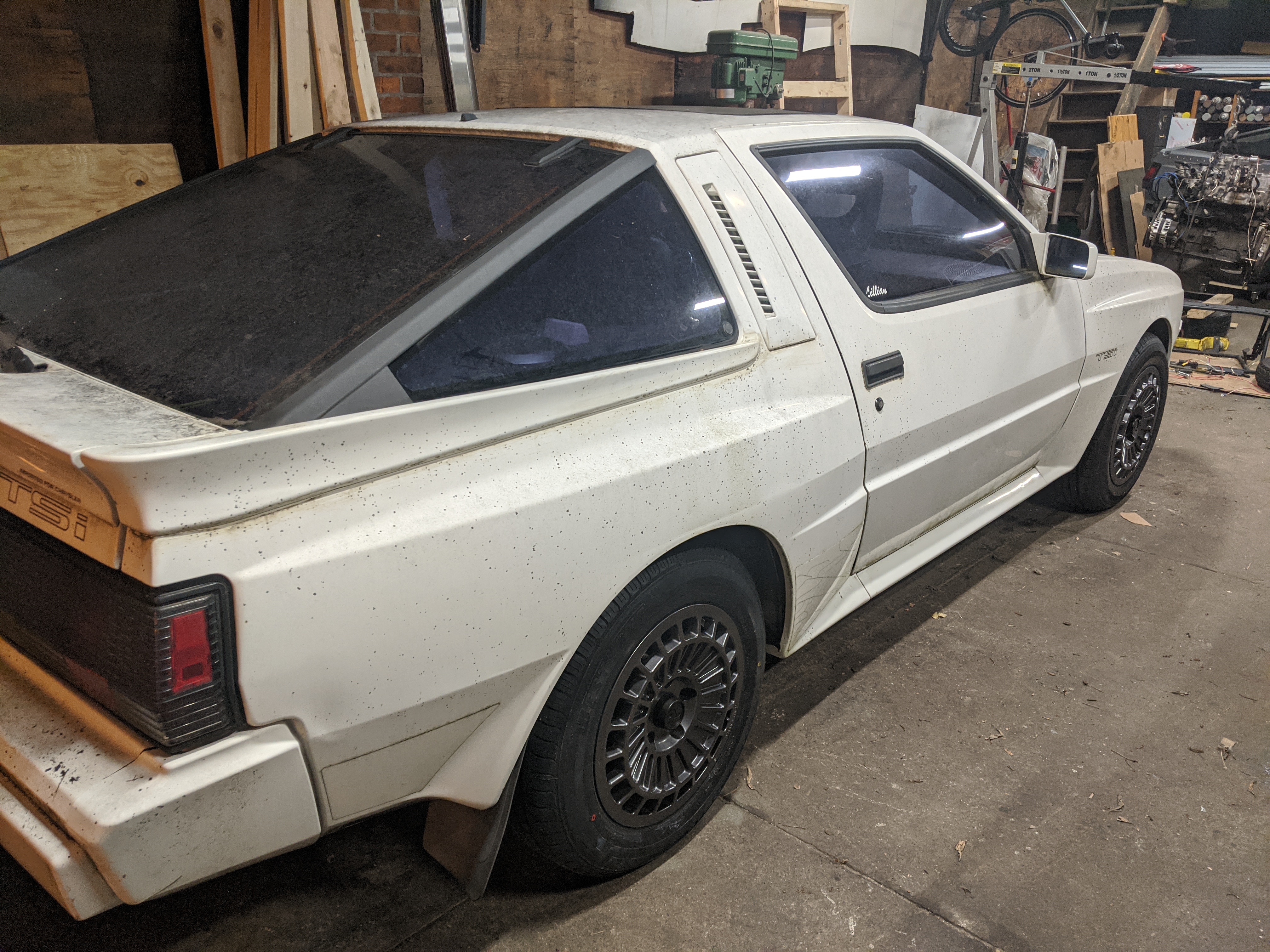 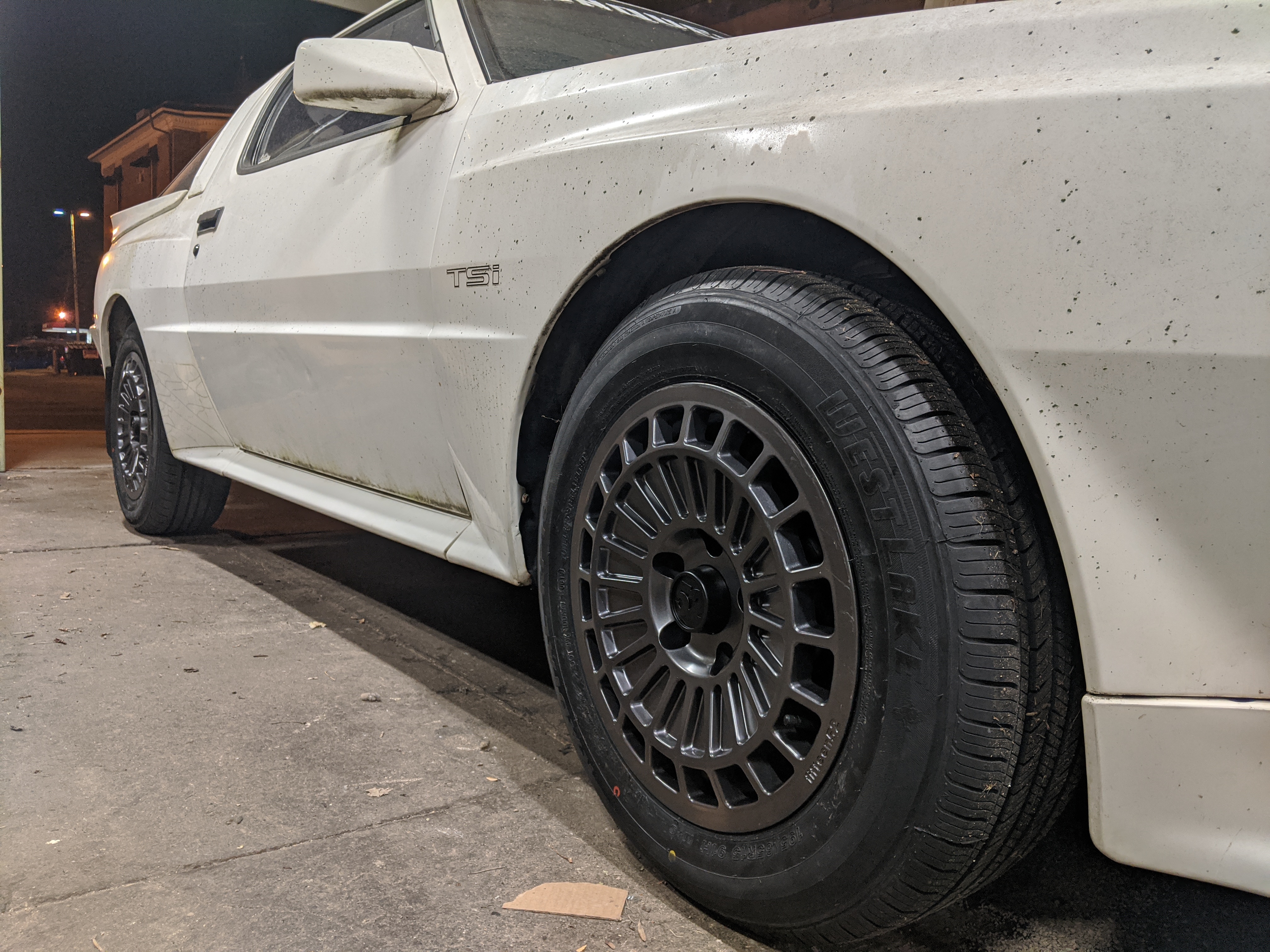 And here is the condition of the inside of the car. It certainly had some rodents in it but thankfully its not too bad. Also... steering wheel is awful and is DEFINITELY getting replaced! 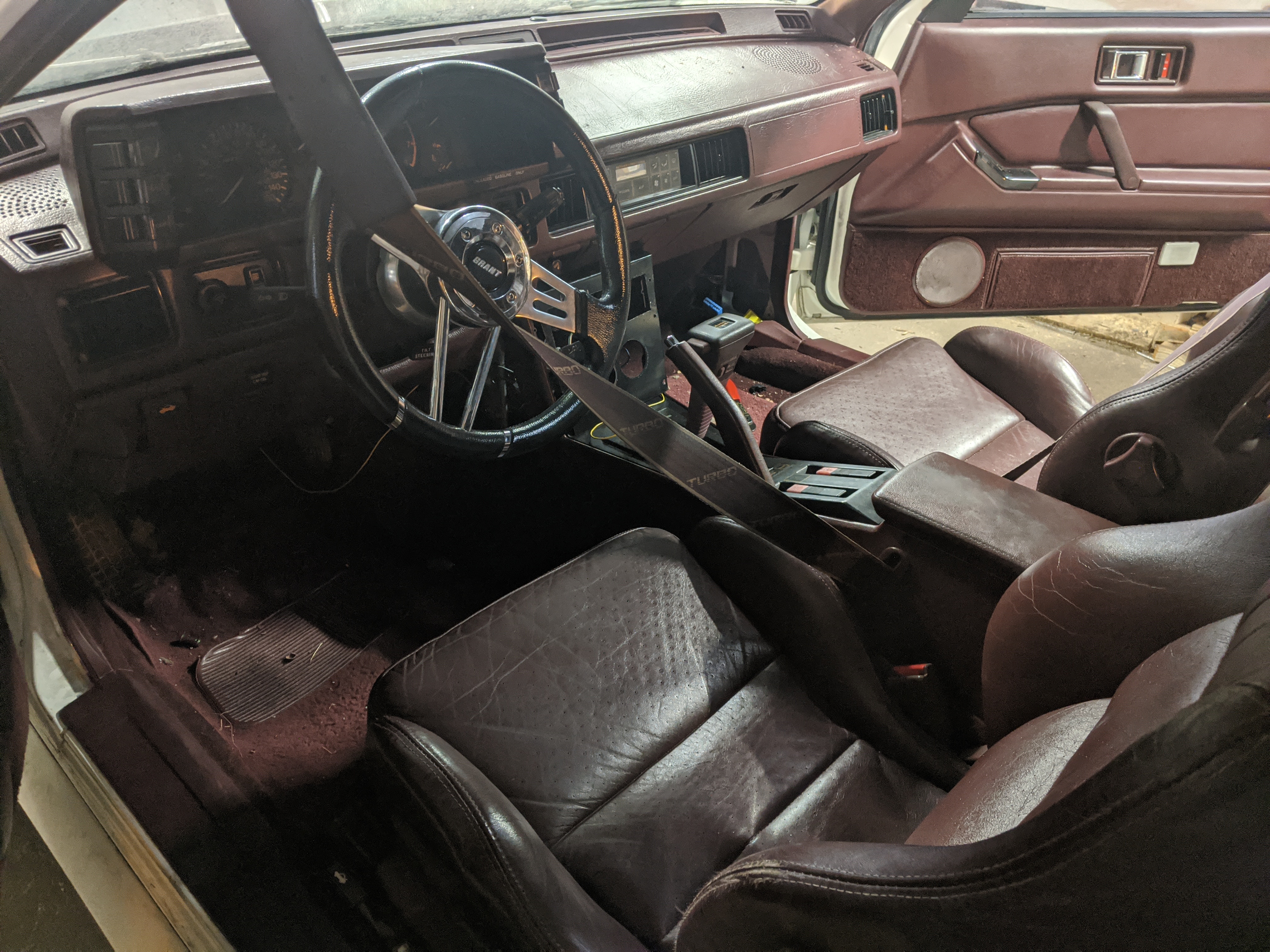 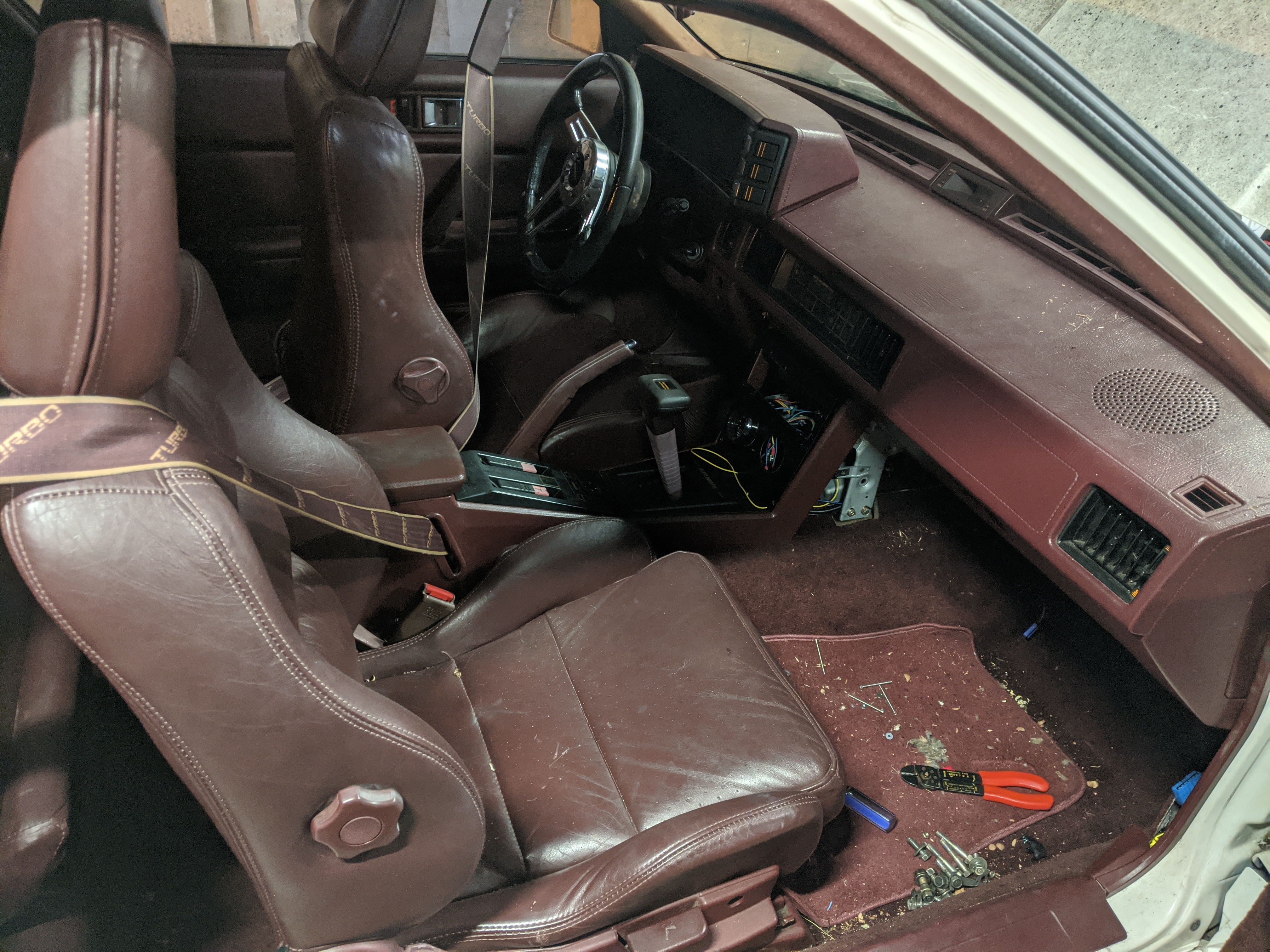 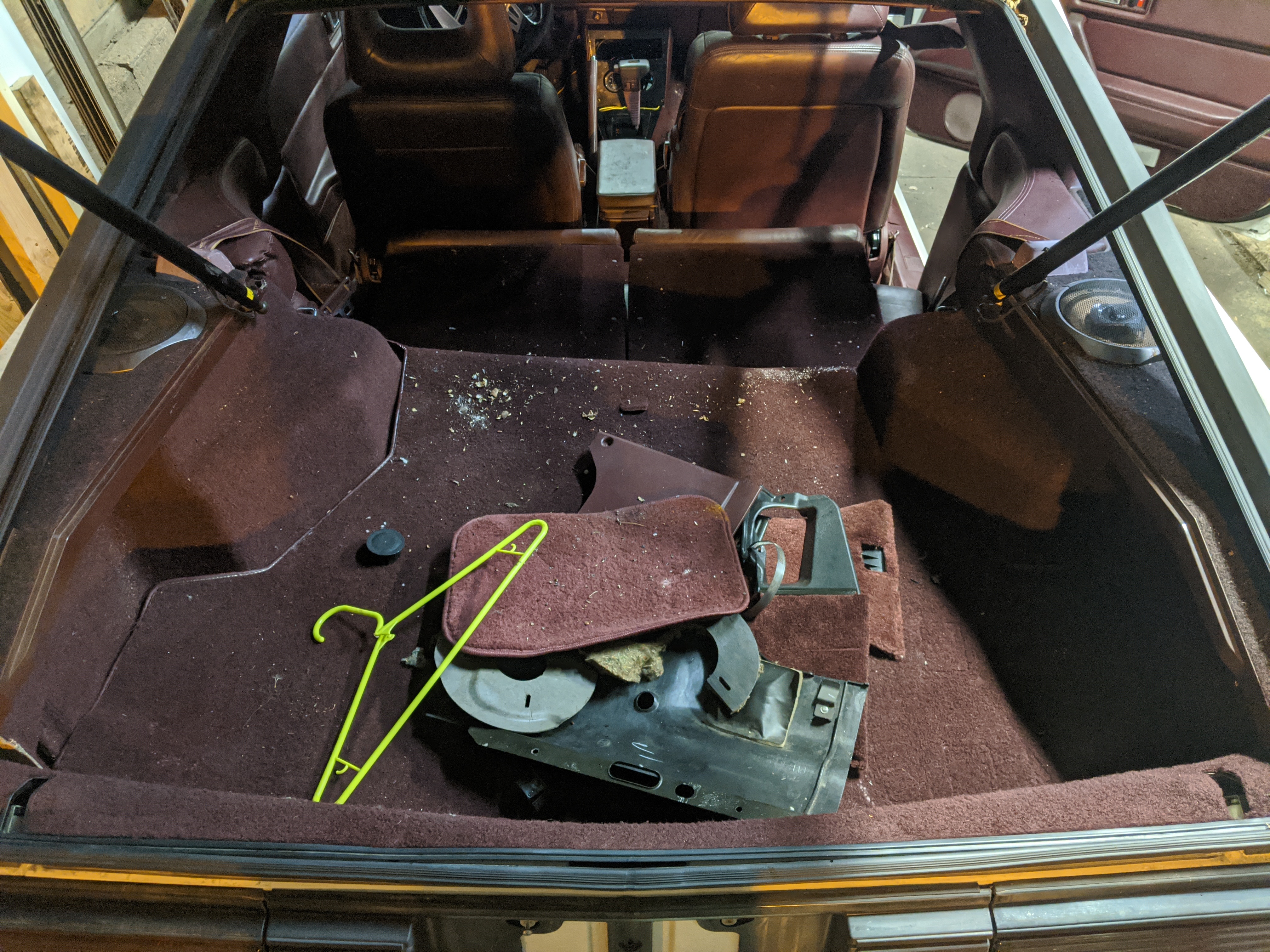 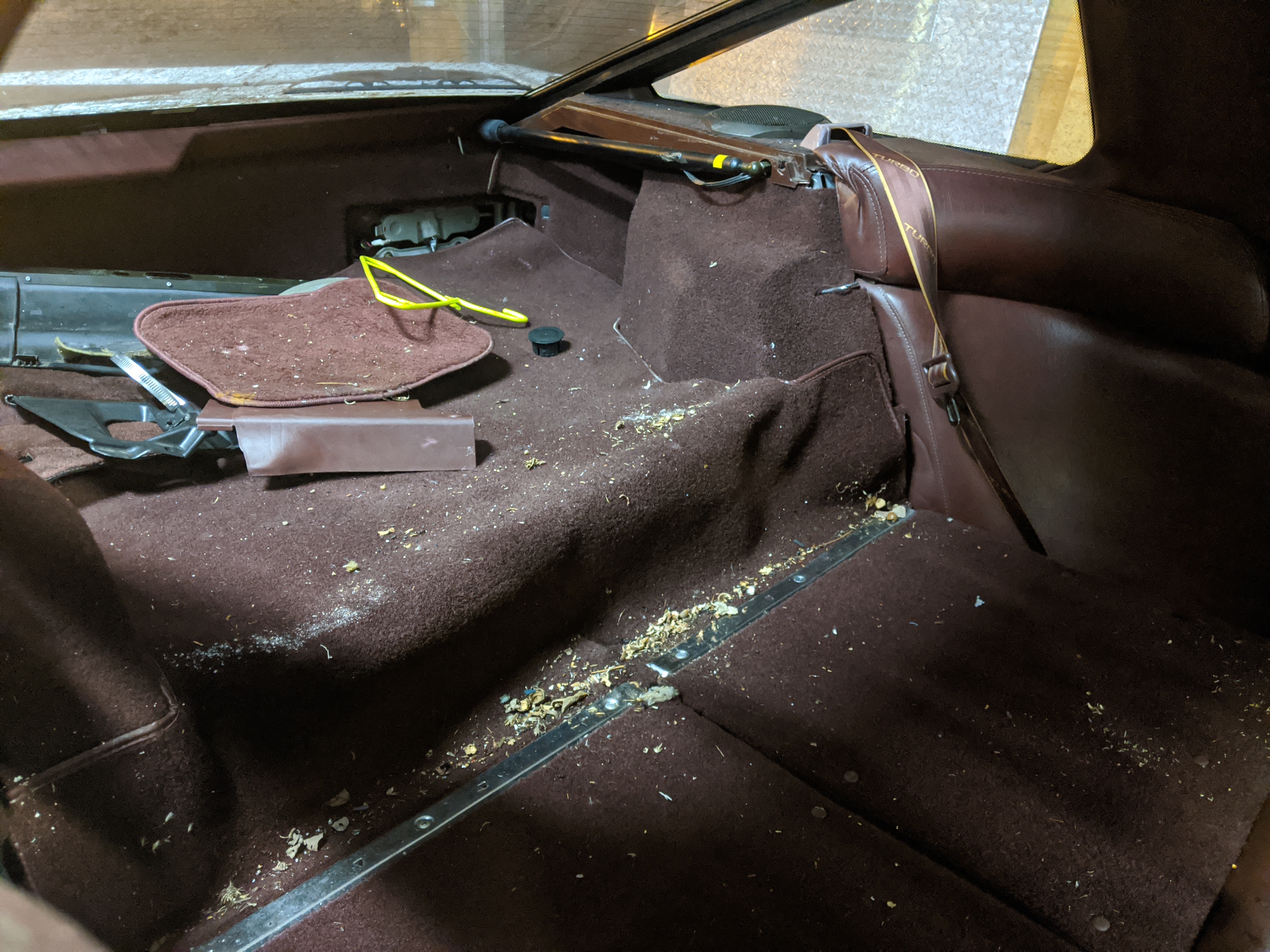 And finally the business end of the car, whats under the hood? 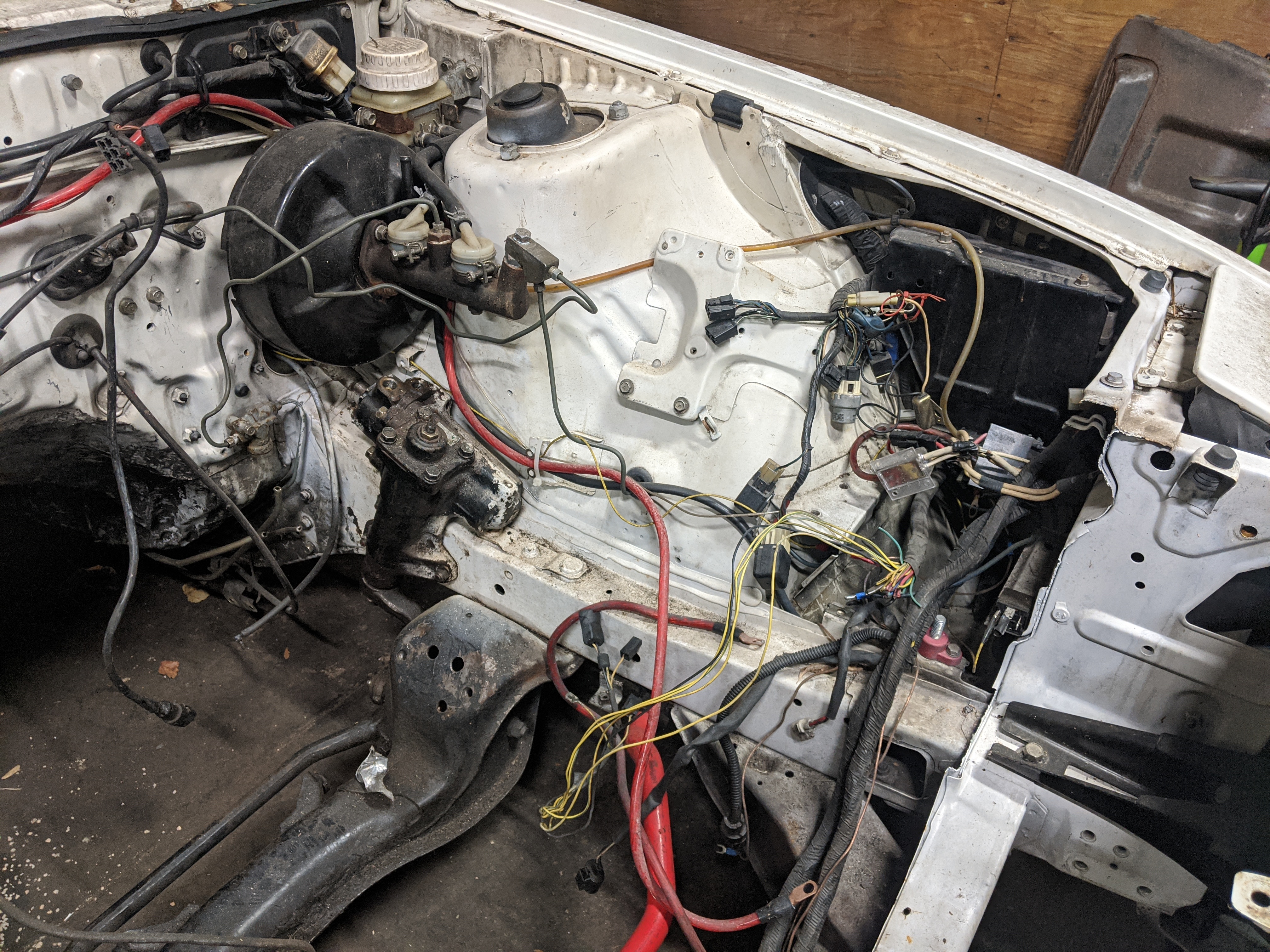 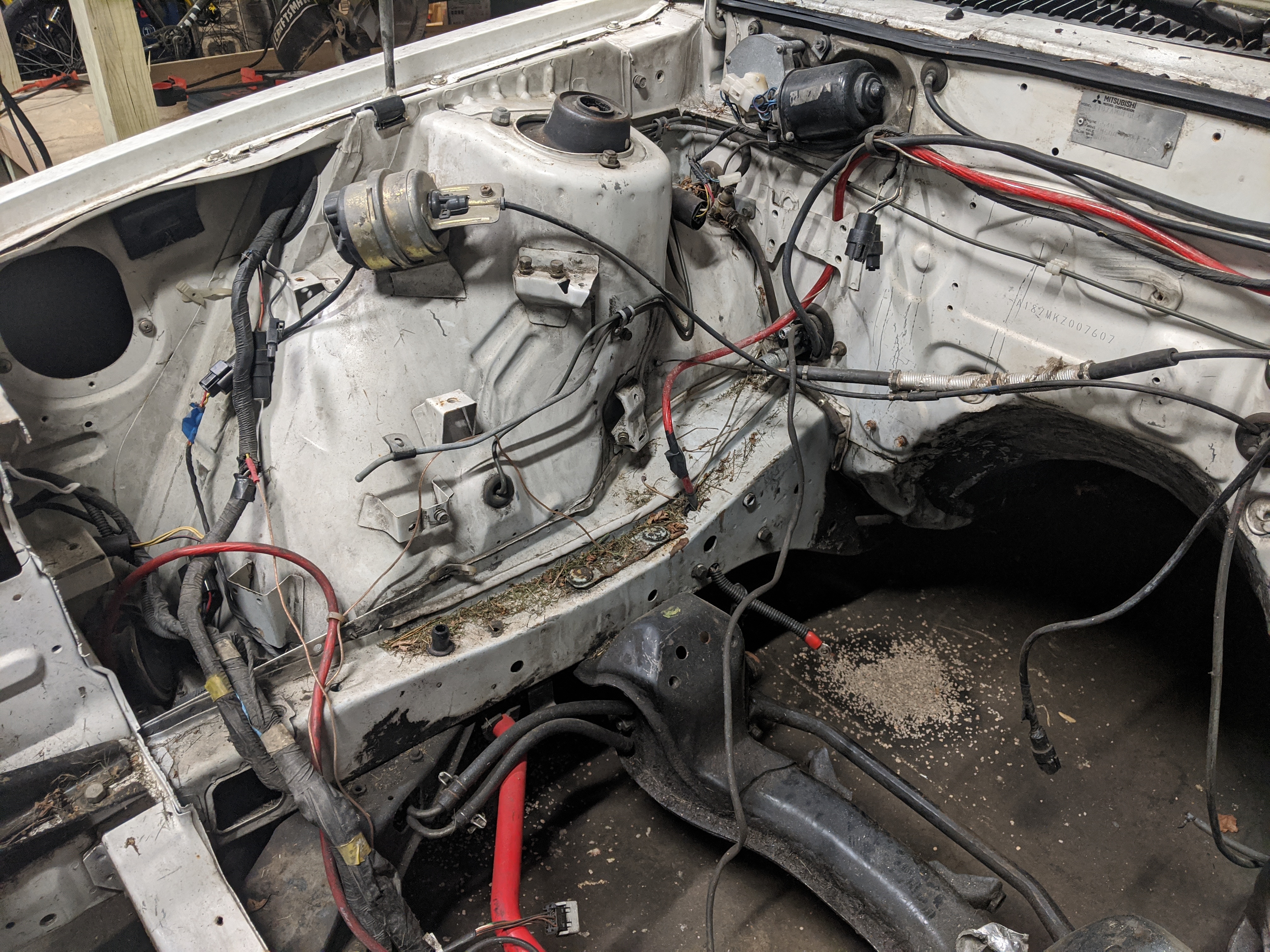 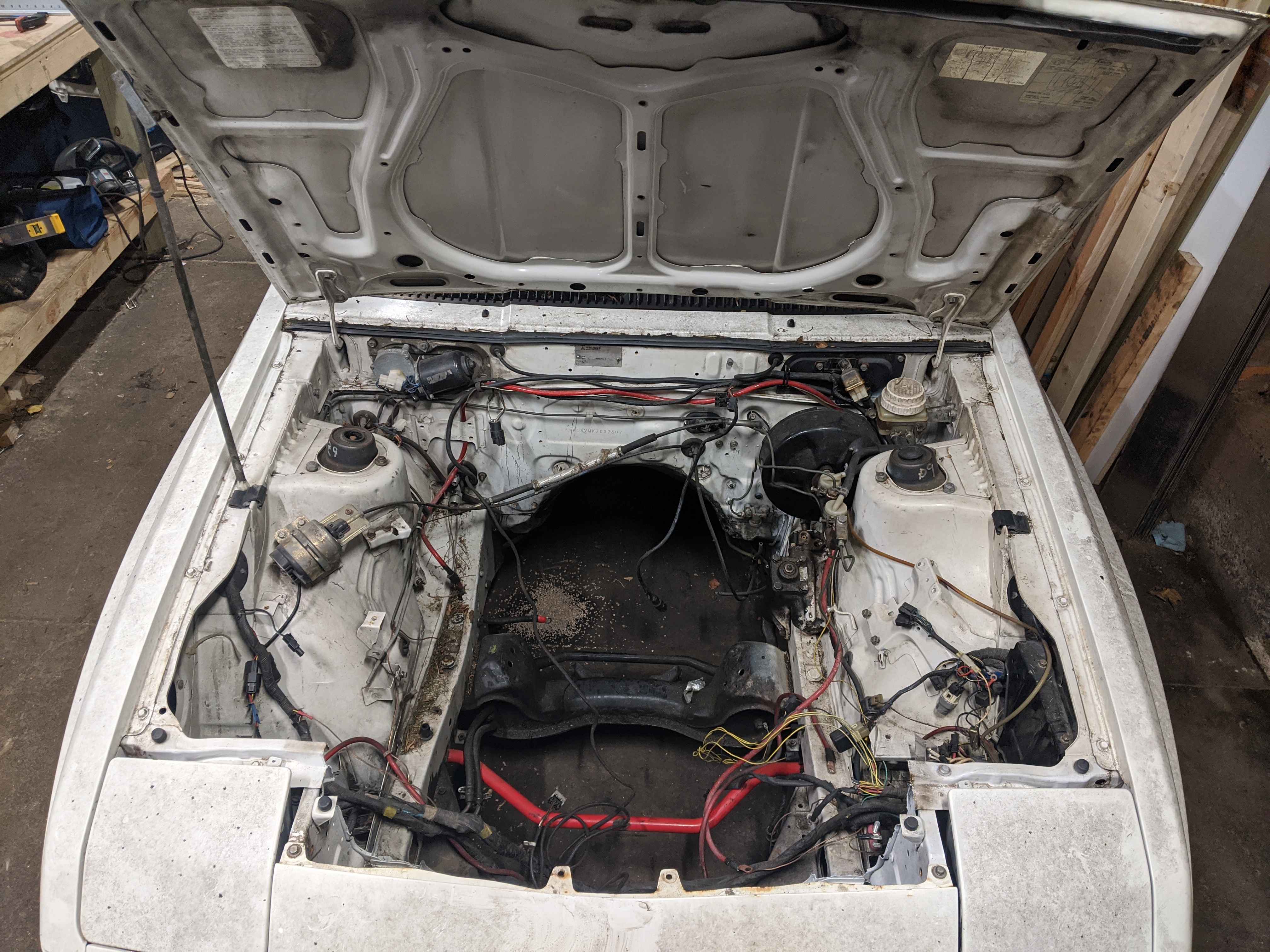 Needless to say I've got work to do, things need to be reworked, fixed, and fabricated but I'm looking forward to it.

Definitely will be fol3this build. Loved your last build, so this one should be a banger

Definitely will be fol3this build. Loved your last build, so this one should be a banger

Thanks man, I appreciate that

I'm digging the yellow hanger in the trunk!!

I'm digging the yellow hanger in the trunk!!

LMAO well how about I mail that sucker to ya?

Its been awhile since my last update but I've not been sitting on my hands. As soon as it gets cold here my motivation to work in the garage slows down haha. Anyway I've been ordering parts, planning things out, and maybe most importantly making small amounts of headway on the car.
First and foremost I needed to clean the car up pretty badly so on a decently warm day I both vacuumed the car out and gave it a wash which helped a ton! 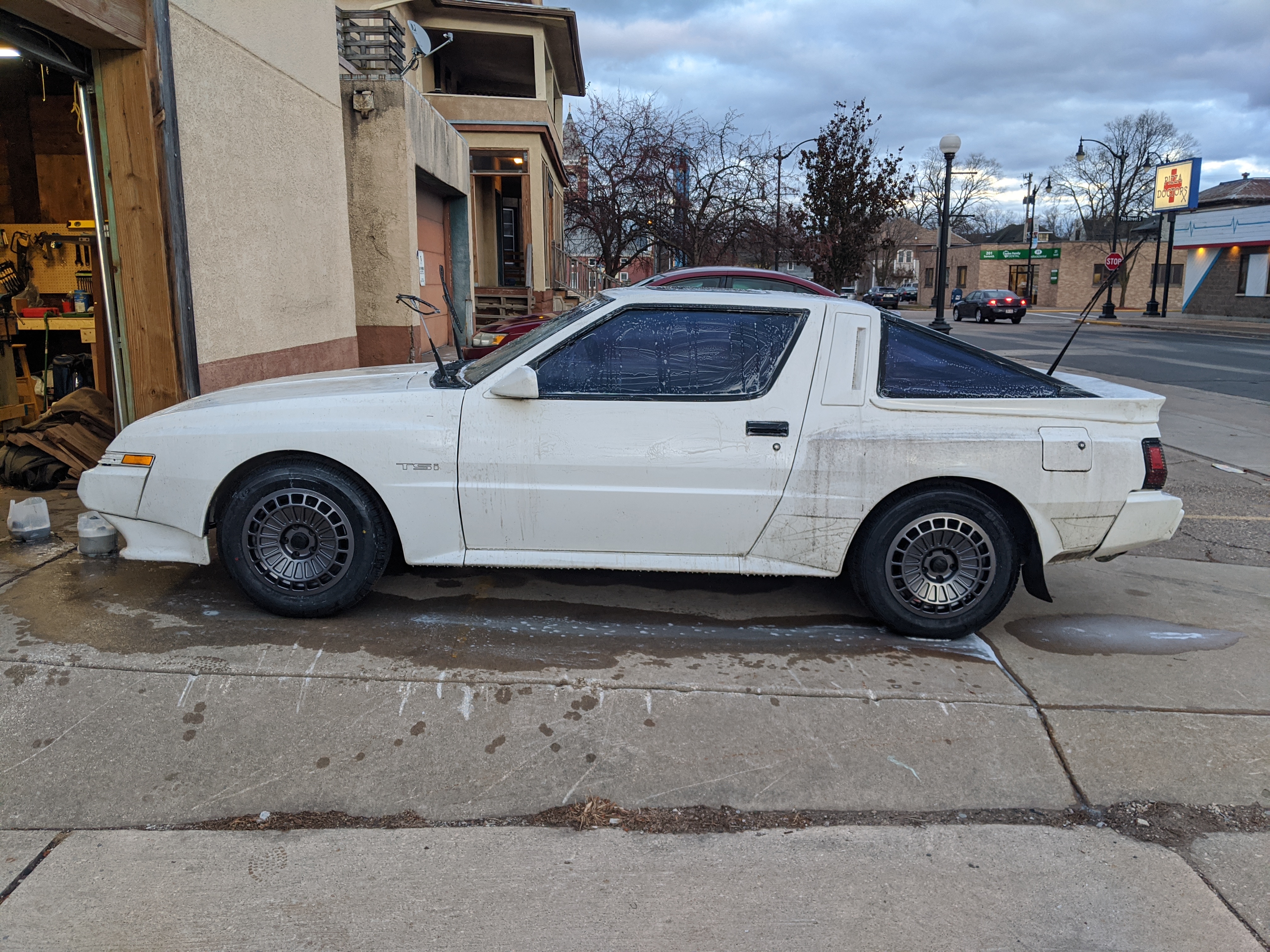 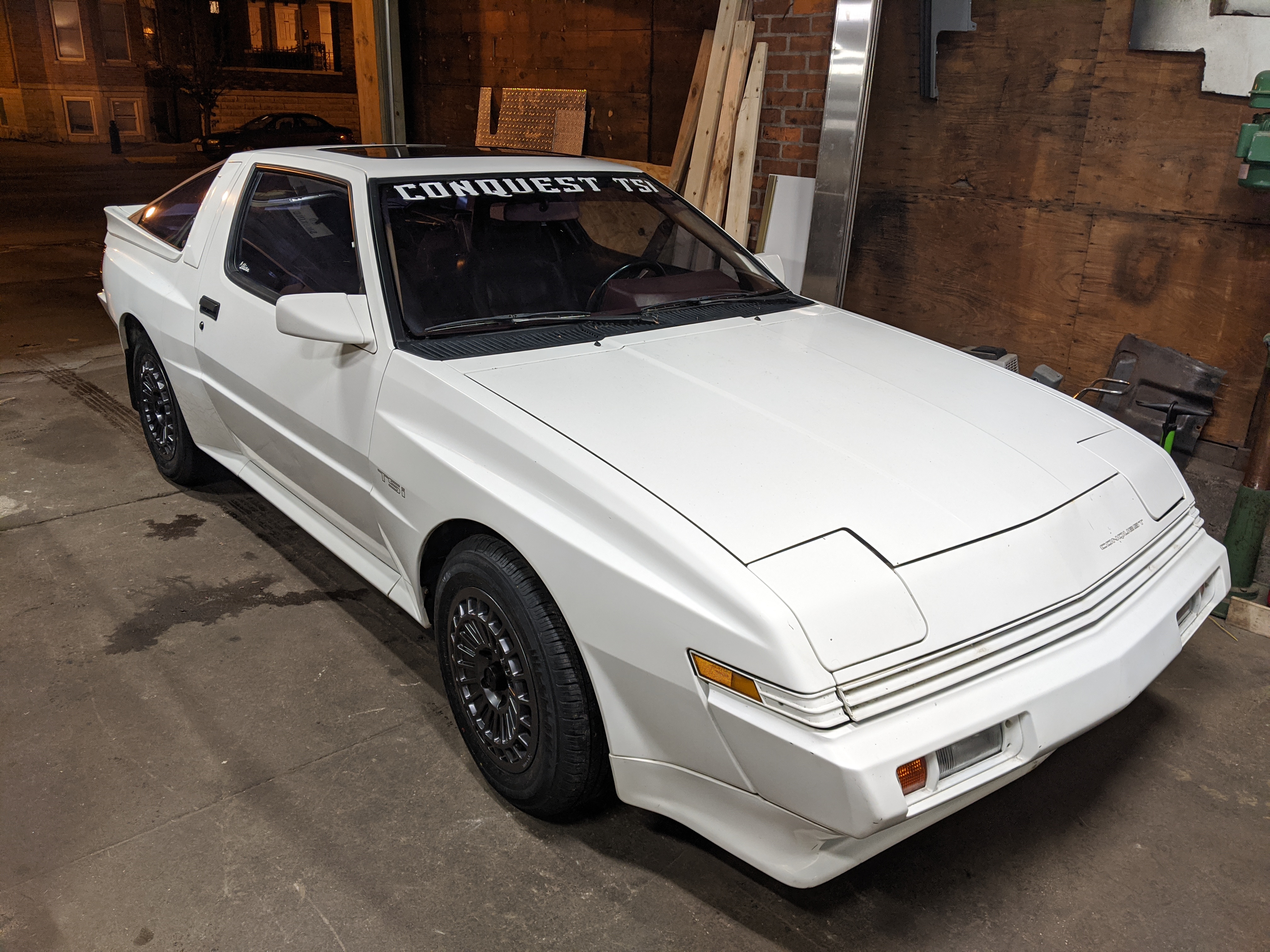 After that I spent some time in the engine bay sorting through all the wiring and other stuff. Removing what I wouldn't be using, cleaning up all the crap under there, and preparing to do any paint touchup that it needed. 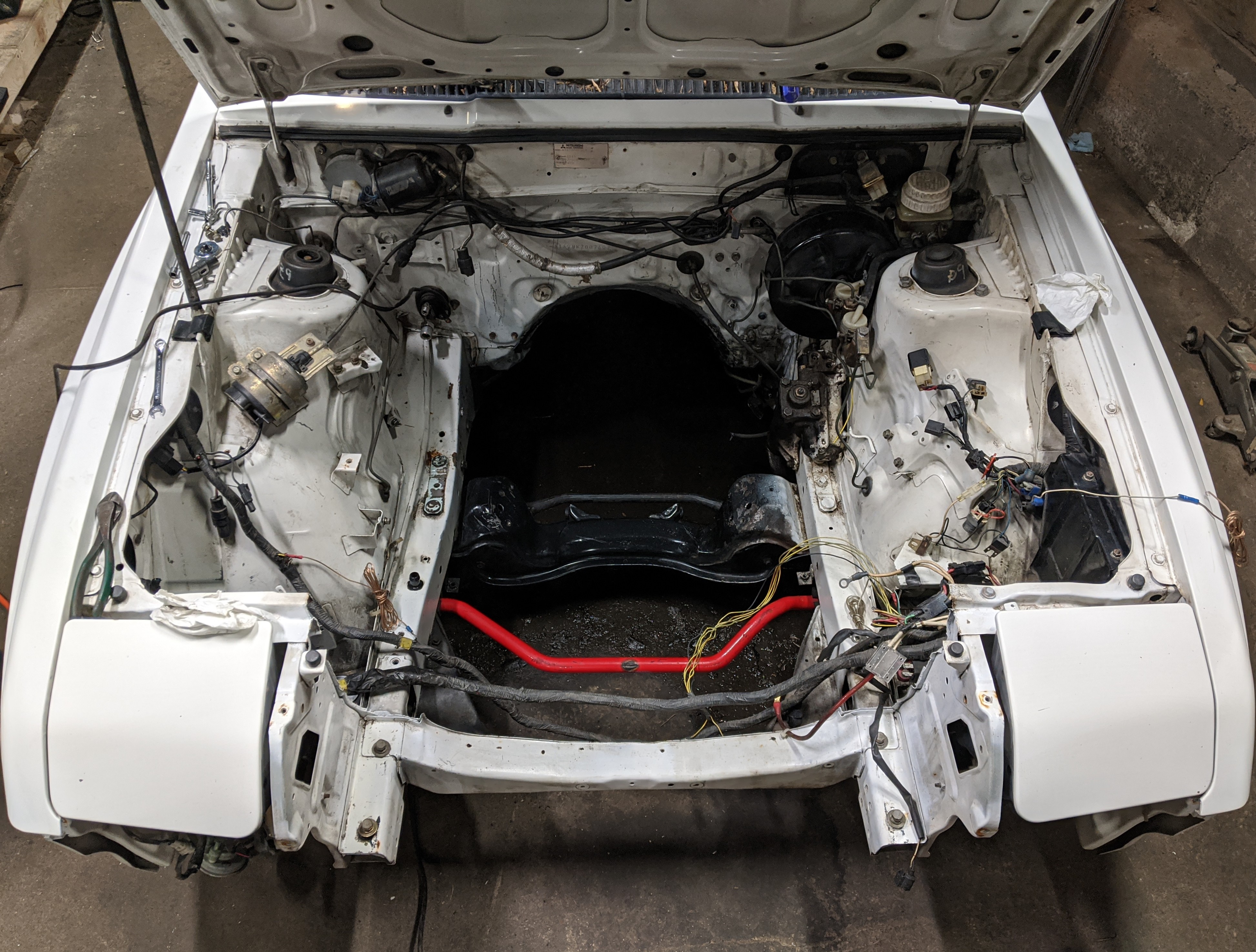 And then I moved on to what I was definitely not looking forward to... removing the dash so I could both simplify the heating system and also install a clutch pedal (the car was originally an auto). 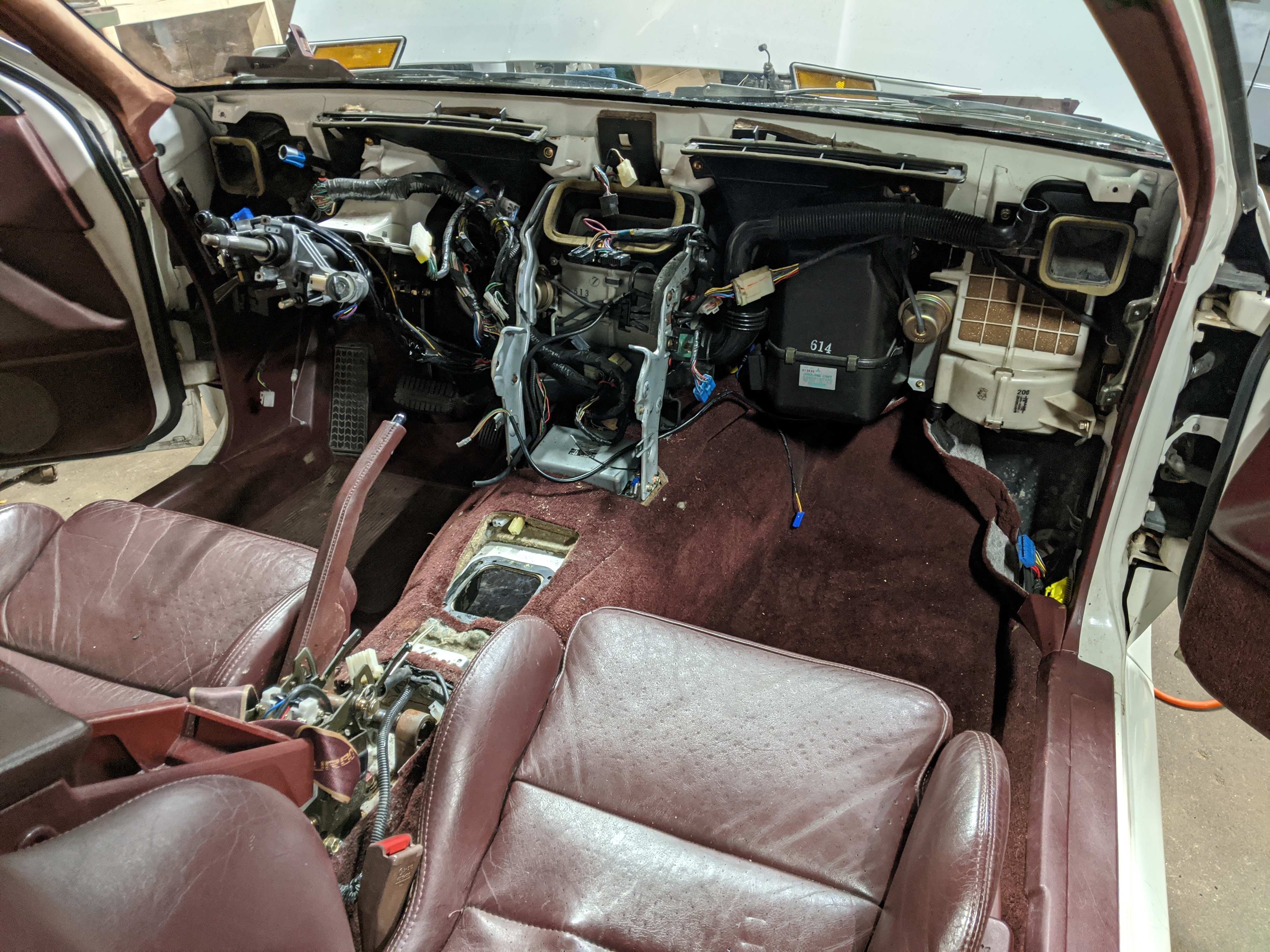 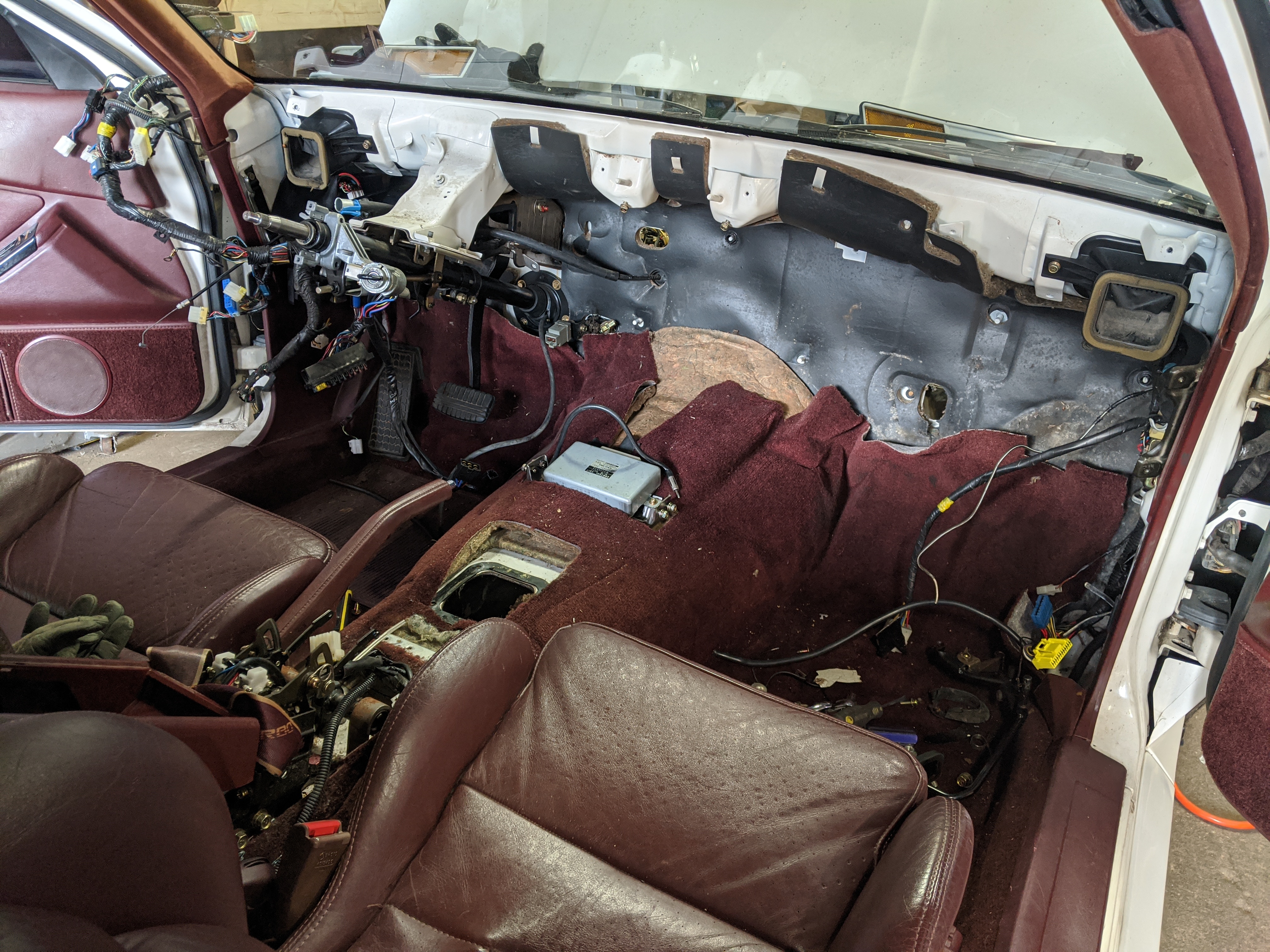 So now that I finished that and since I'm still waiting on a few parts I'll be putting the engine in next. Here is how the car sits now. 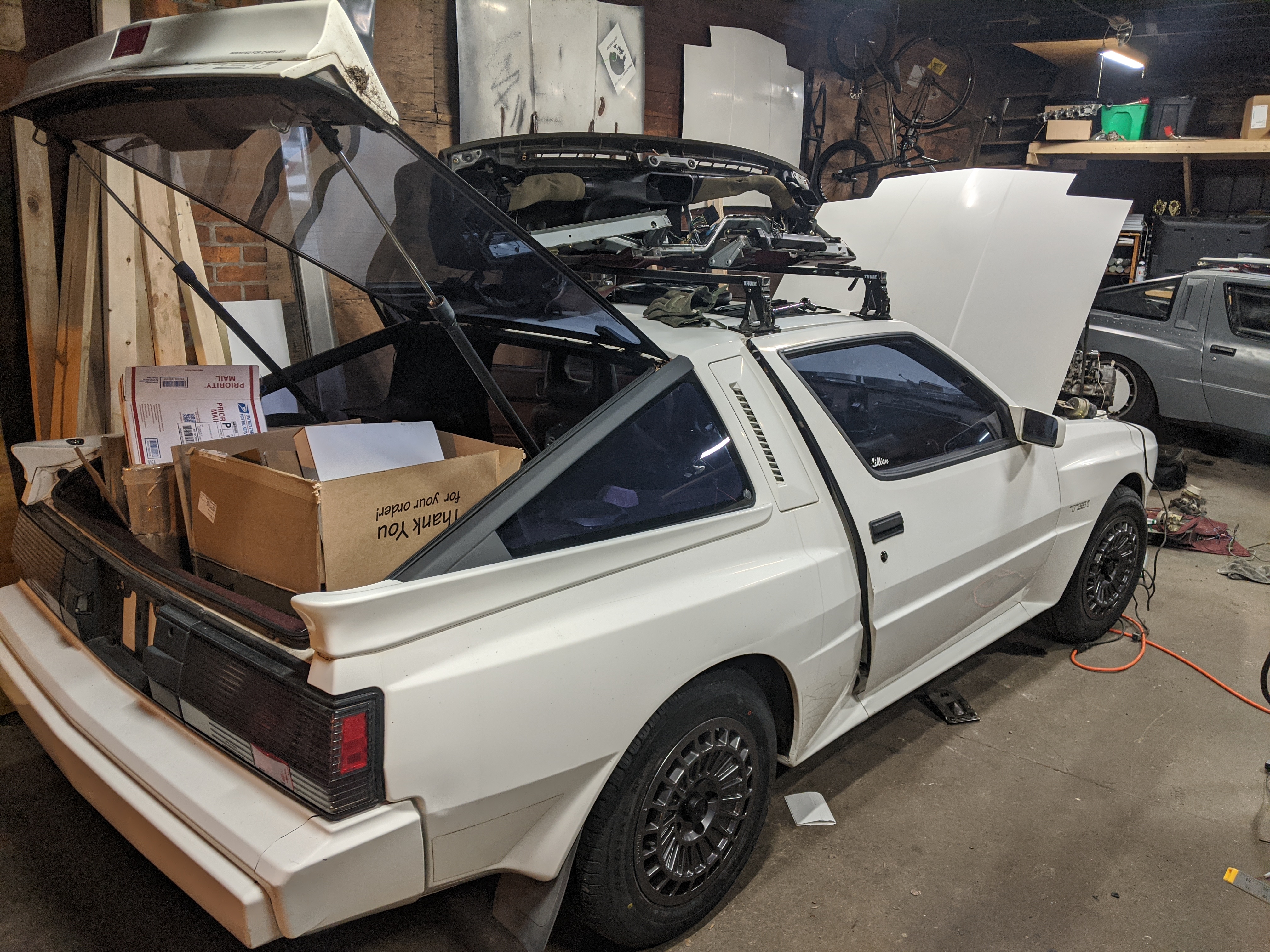 Keep up the good work. I spy aero wheel covers in the background on your grey car.