33 replies to this topic

What part of Alaska are you in?  I'm going to school in Fairbanks.
Always down to wrench on another ugly Starion

What part of Alaska are you in?  I'm going to school in Fairbanks.
Always down to wrench on another ugly Starion

jeeze, sorry about not responding but it's Anchorage. Car ran great for a while so I was off the site. Different story now so I'll be back on to continue the tale of Sharknado.

I highly doubt that buddy. unless it gets studded tires it will only be doing circles in the street in front of it's new found home.

Back on the Blue Devil incident. Let me repeat, DO NOT put it in your 30 year old cooling system. I'm pretty good at following directions and started off by pouring the stuff in as directed then as it said let the engine idle for 20 minutes. Well it was rainy outside so I had the car outside and the garage door shut while out back washing my dirt bike. Not even 20 feet away... Nothing could go wrong.  Checked on it after a minute or so and it was just idling as normal as could be. 10 minutes went by so I walked around to the car. Coolant was boiling out of the reservoir tank. I mean big time boiling. wt....? my fan work, they were on and blowing, car has never overheated.

Who knows what was in that cooling system or in the bottle. Check your car in the dark this evening  It could be glowing lol

Cycle out the coolant with water a few times? Also, perhaps something came loose and clogged the thermostat?
Apologies if problem has already been solved

Thanks for the help guys but this was a while ago. Just telling the story of the great alaskan land shark.

I was freaking out like oh crap oh crap oh sh*****t but knew there was nothing I could do. I was sure the fans worked and had the thought in my head that maybe they crapped out or something and I should get in and drive out around the neighborhood to get airflow to the radiator to get the gauge down from pegging at the top. Made it out of the neighborhood area and onto a road I could cruise up to speed but the gauge was not going down and just going up. Not even a mile and I had to stop because it was boiling again. Had to make it another mile or so since Anchorage is a mess of a road system. Only 2 more 10 minute cool downs on the way back and then I made it back. Sure as hell wasn't pulling the radiator cap for a while...

Did you sell the car?

Did you sell the car?

you'll have to wait for that part lol.

Next day I got around to taking the radiator cap off and all I see is white crust. Break it up from at the cap spout and I fished out a walnut sized corrosion crack rock. It was a solid chunk that was would have taken a good whack with a hammer to break. Still have it somewhere. Welp next I took off the thermostat cover and guess what? No thermostat and more crusties. Awesome. At this time I'm thinking O.K. I'm just going to flush as much of it out and replace the radiator and water pump. So I flushed it as much as I could with a hose. I was new to the car and anything parts related so I had a hard time finding a radiator and DID NOT KNOW about the older not having electric fans or the extra turbo water line on the water pump.  Got a radiator from CariD.com and a water pump locally. Both wrong. I was king of F'ed on the radiator since I had to drop $$$ to have it shipped here to AK. It was the older model without tabs for the fans OR bung holes (huh huh) for the fan temp sensors. Still have that stupid radiator. Still have the water pump too. Found the right one on Rock Auto. As far as the radiator goes I got a cheap electric fan from autozone with a push-in-the-fins temp probe and mounted all that jazz up. Worked fine. Car ran fine and stayed in a good operating temp after all that.

Hmm... I have to remember what ridiculous thing happened next. 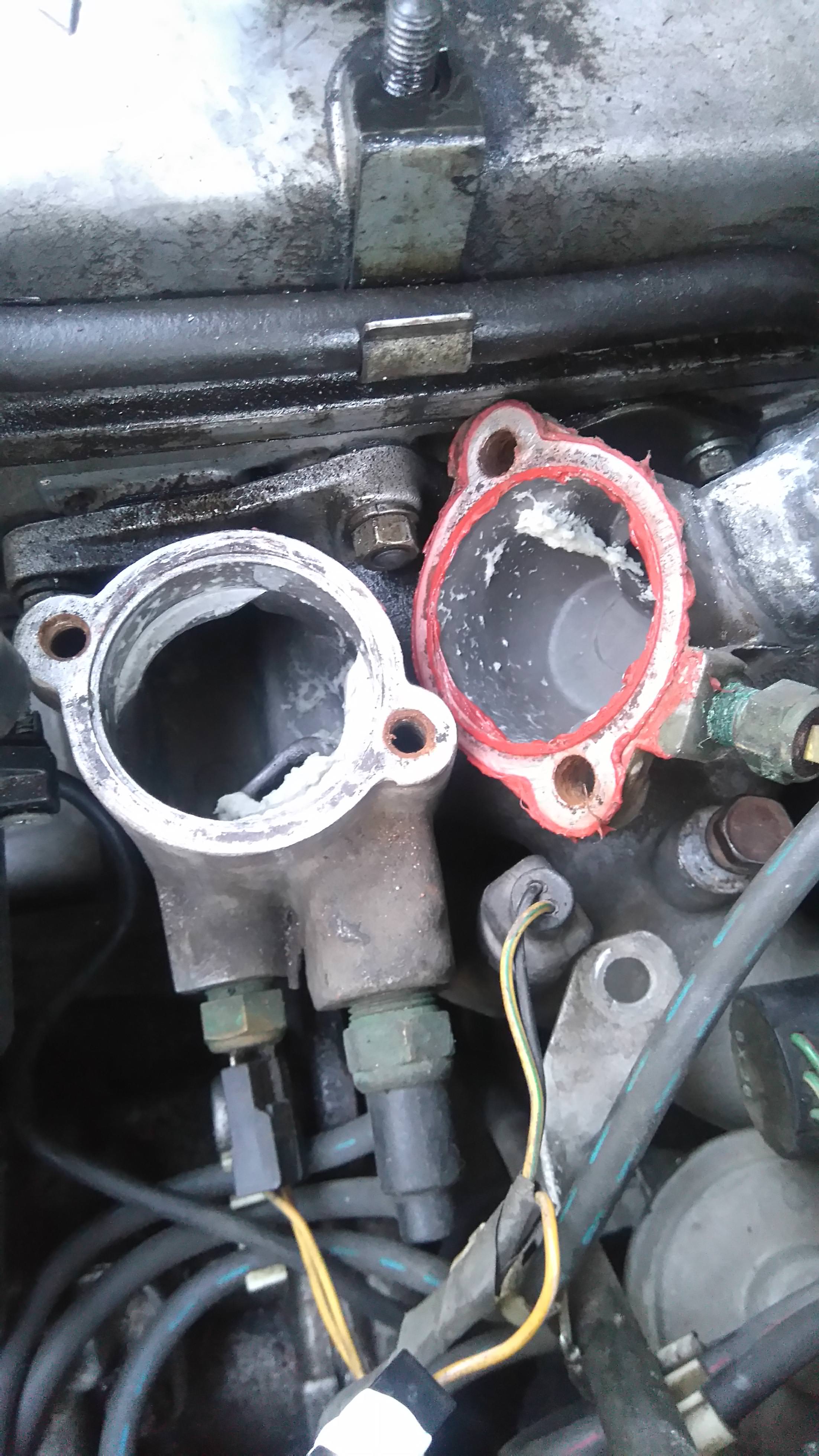 So the gf and I would hit up the Friday night "Bro Bell" meets but were staying away from the hooligan stuff after the Honda incodent. We never knew anyone there but there sometimes would be a person out of the bike crew that remembered me from the shop I work at, or a bike I remembered working on. Forget his name but this wild guy with an even crazier story of us fixing his Triumph multiple times came up and actually knew what my car was. Even more surprising was he asked if I knew the other guy with one. WHAT?! There is another one of these cars up here? Forgot the name he told me but remembered where he worked.

Couple weeks later after just having problems left and right I figured I really needed to find this dude. I had no idea whatsoever how he looked or what his name was. Went to breakfast at this place he was supposedly working and just asked the waitress if there is a guy here that owns a very 80's sports car and she's like "ohhhh yeah, that's Curtis, he just rebuilt his car and blah blah blah". Cha Ching! He said he'd seen my car up for sale before and was trying to get a hold of the guy but he was a flake. Yeah no doubt he was flake. C-dawg also dropped the line that he saw the fast clip of the car getting beat in the Bro Bell video and said he needed to find me to not let that happen again haha. He came over with a box of goodies for the car and a Encyclopedia of knowledge to drop on me about the car. I think one of the first things was fixing the leaking injectors, fixing the clips ect.

Car was still not very fast at all and I was still not up for searching the forum but the Starion sensei had some things for me to try.

Great to find someone else to work on these cars.