55 replies to this topic

Just (a few weeks ago) picked up a sweet '83 Sapporo! Can't believe the similarities between it and the Starion. It's like everywhere I look and everything I do is making me remember is still need to rebuild my Starion...

Will have pics up later today! Might even update my Starion story while I'm at it...

Yep, my mint condition center console lid is out of a sapporo. 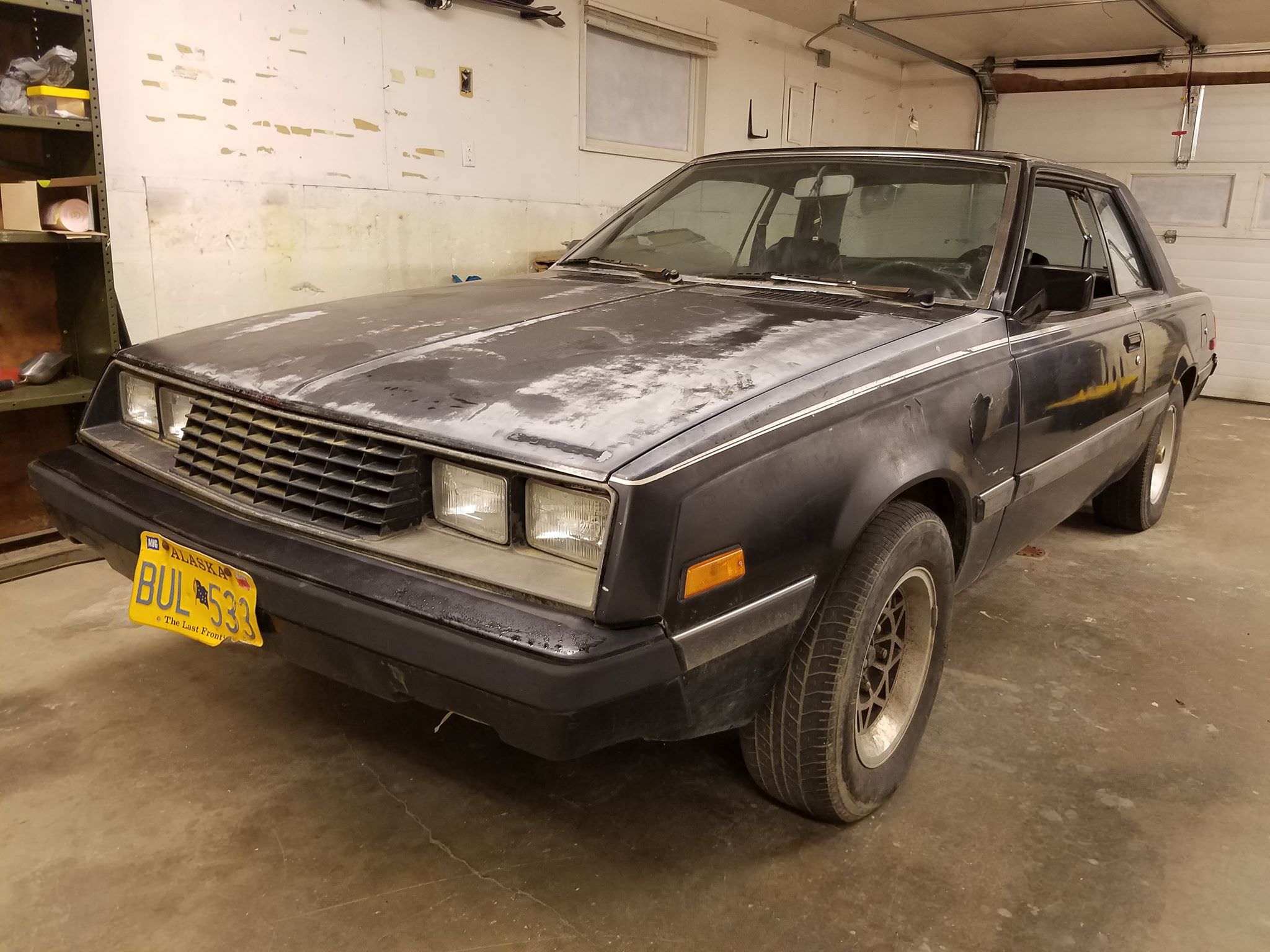 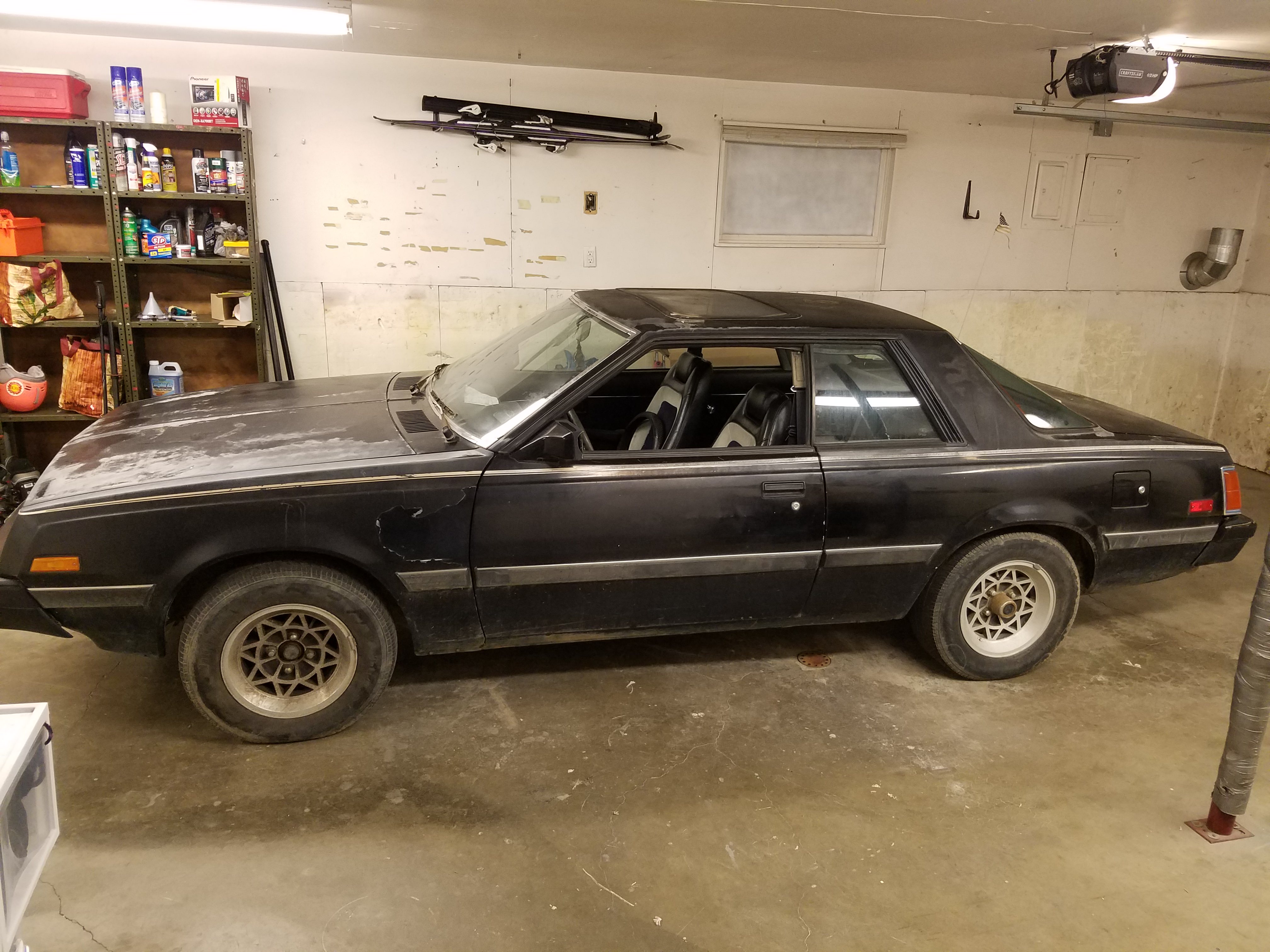 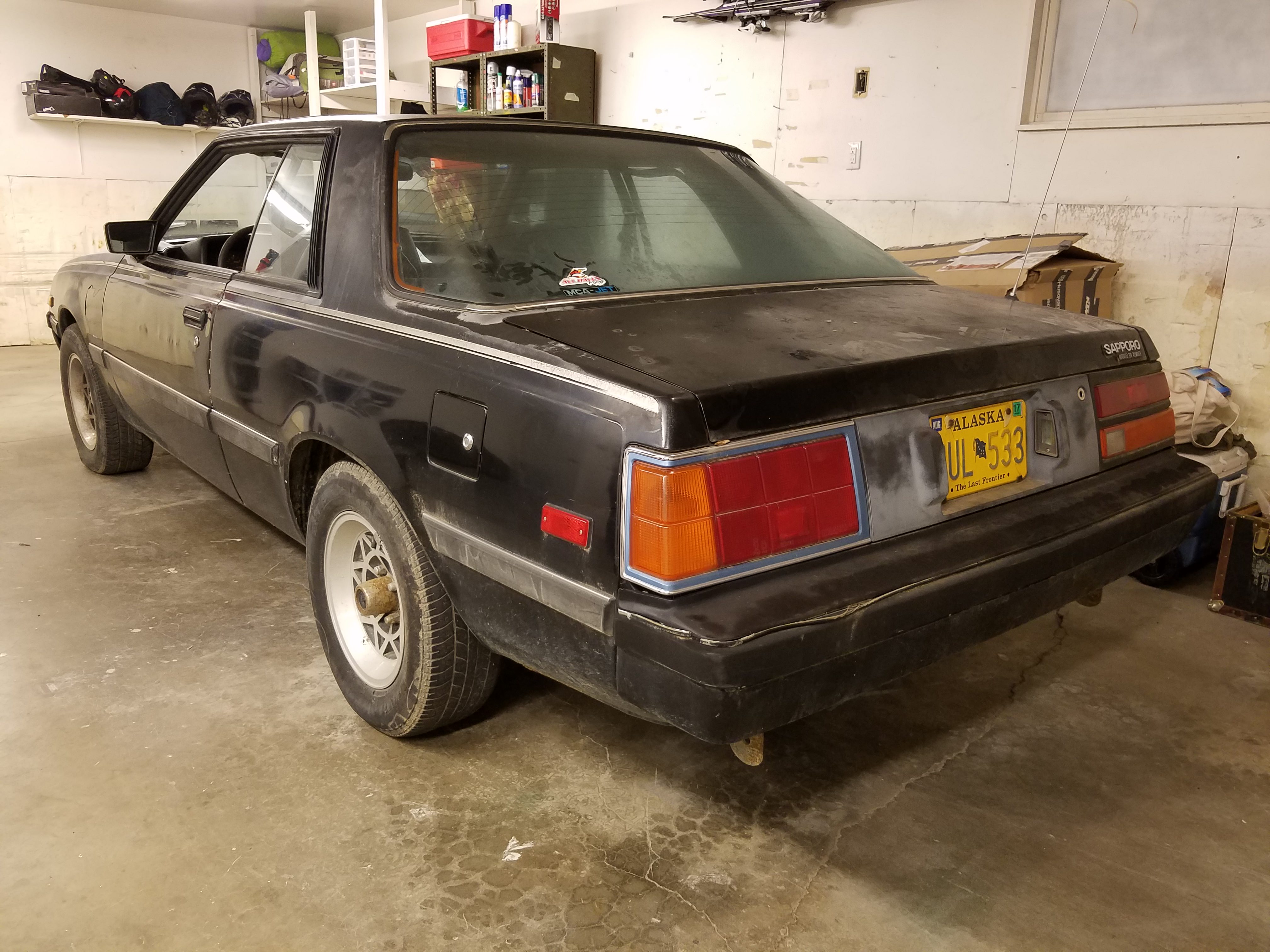 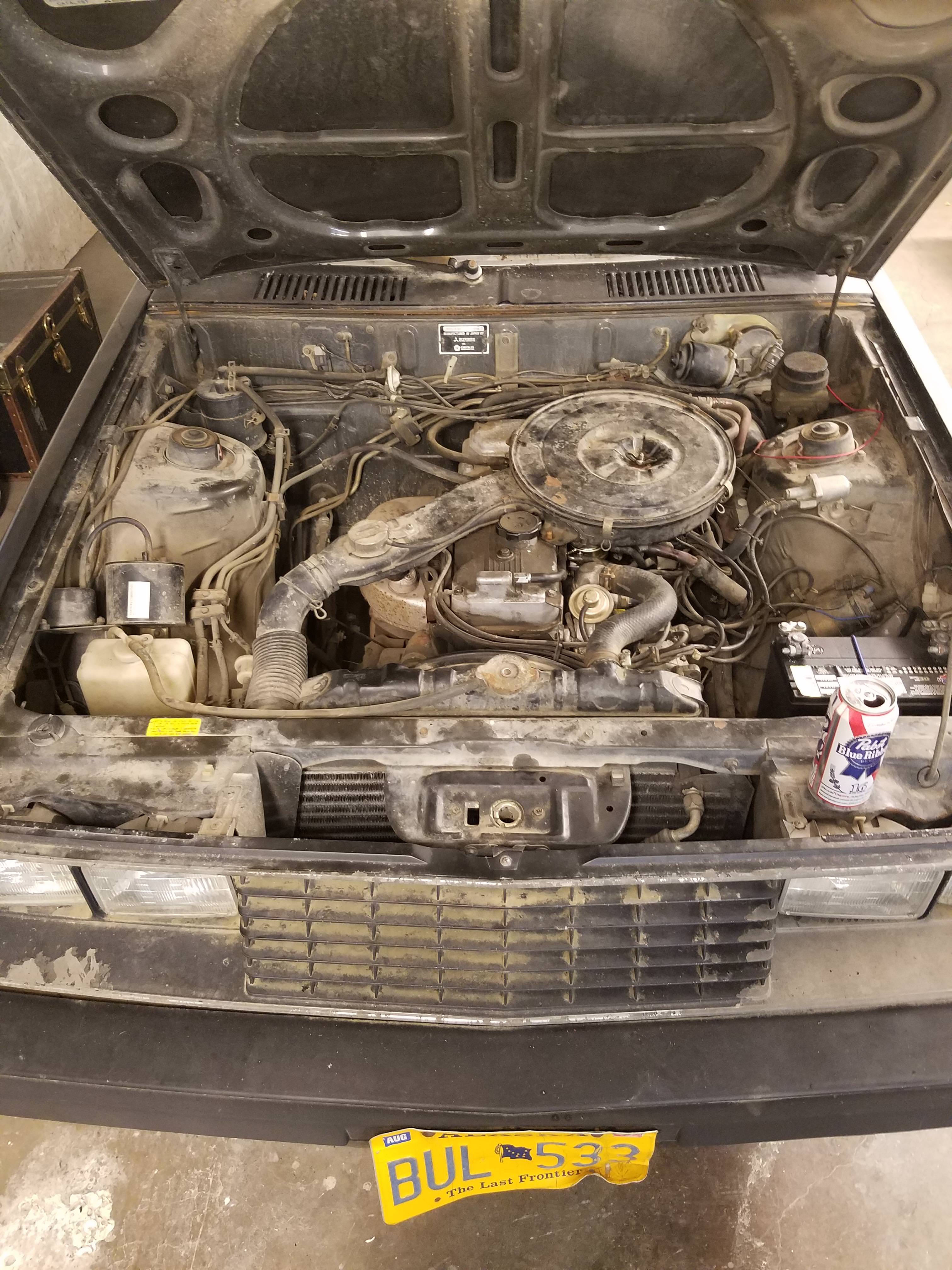 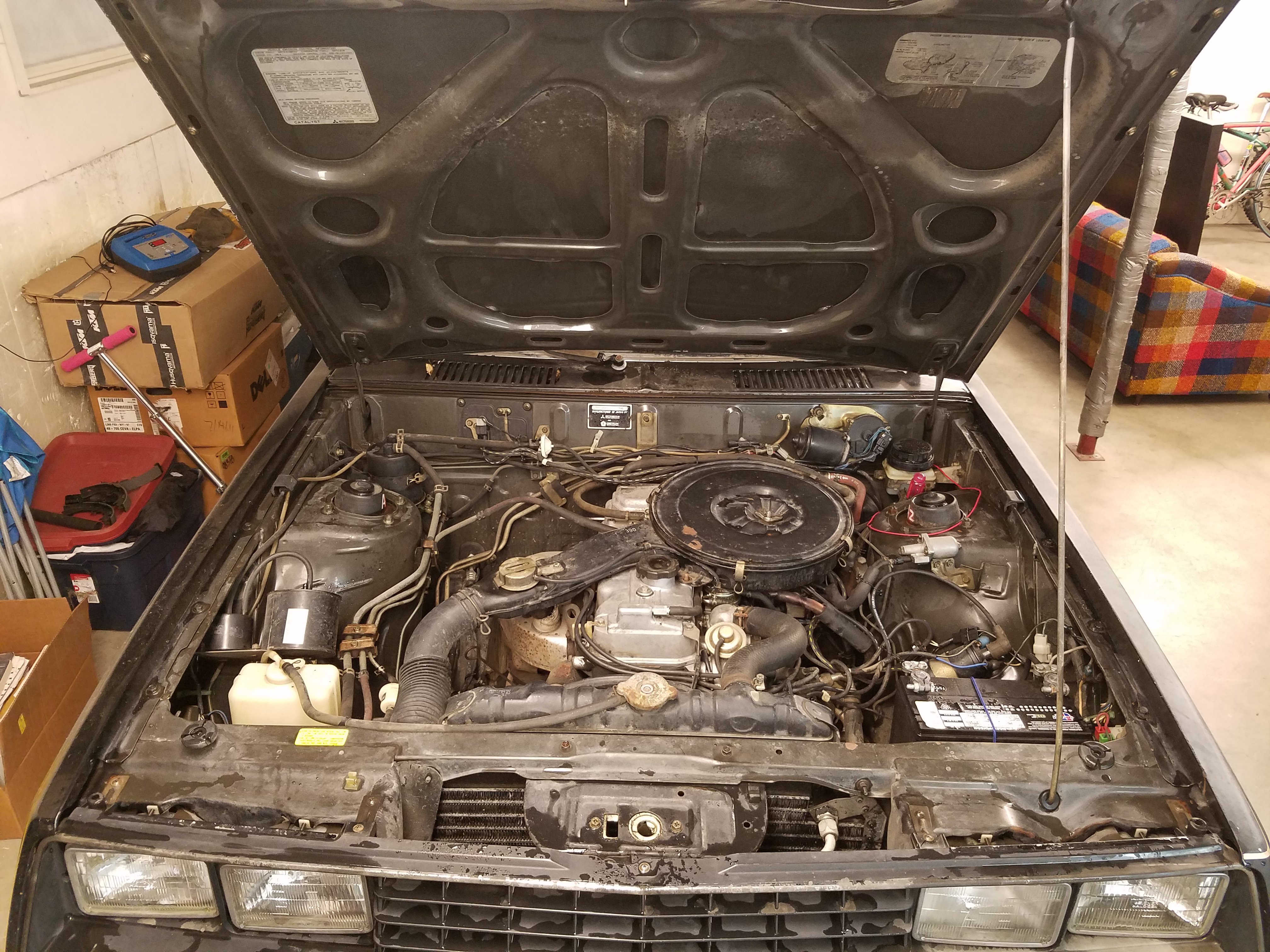 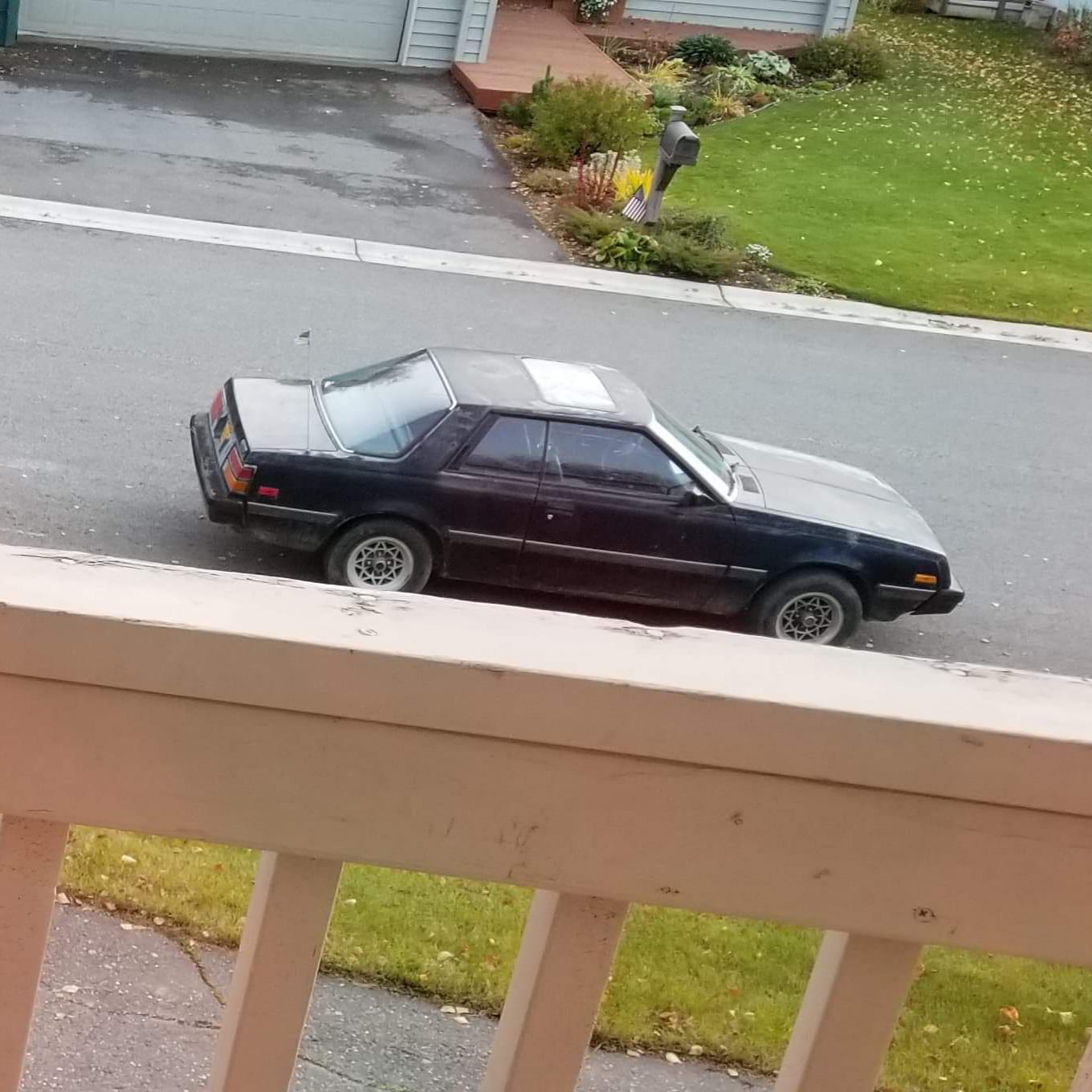 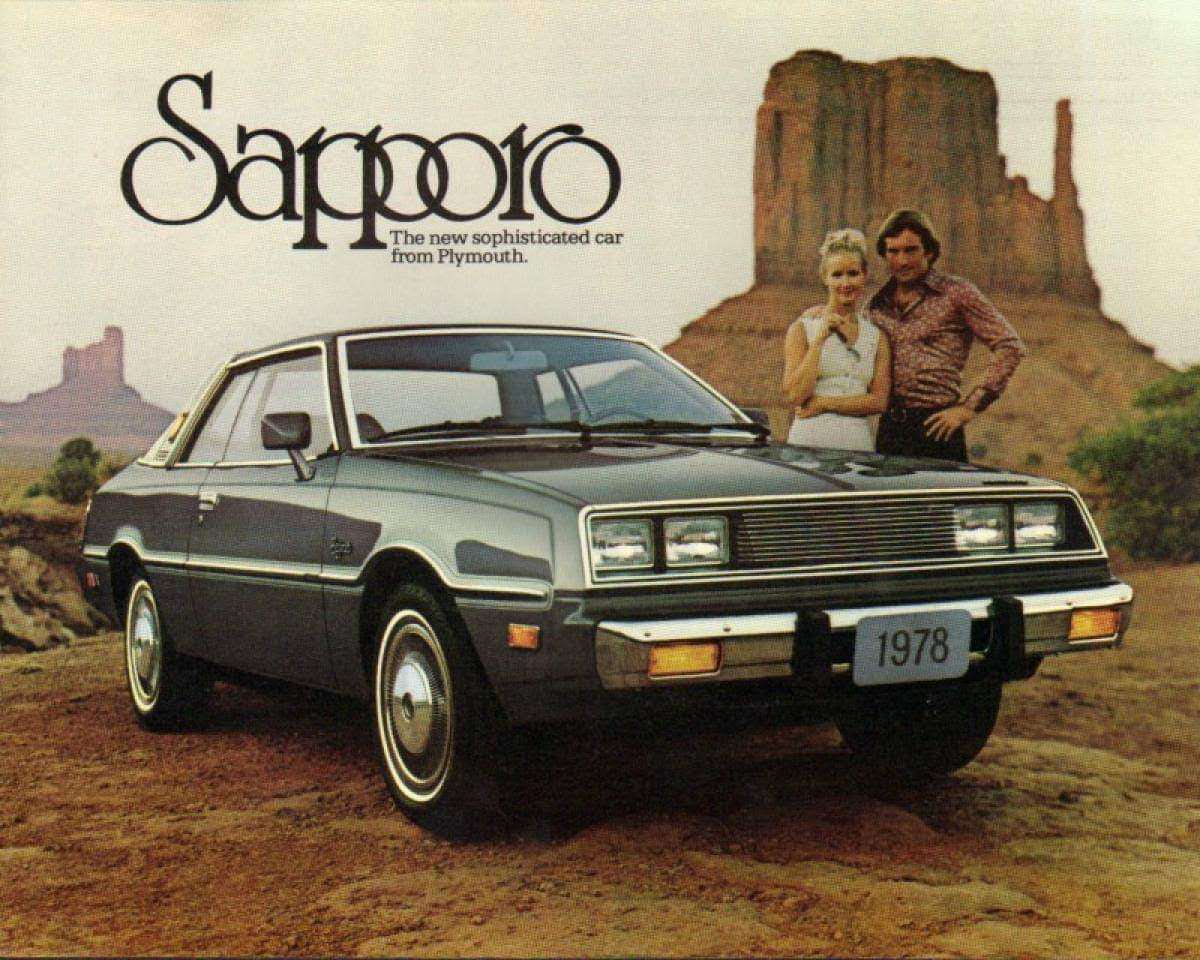 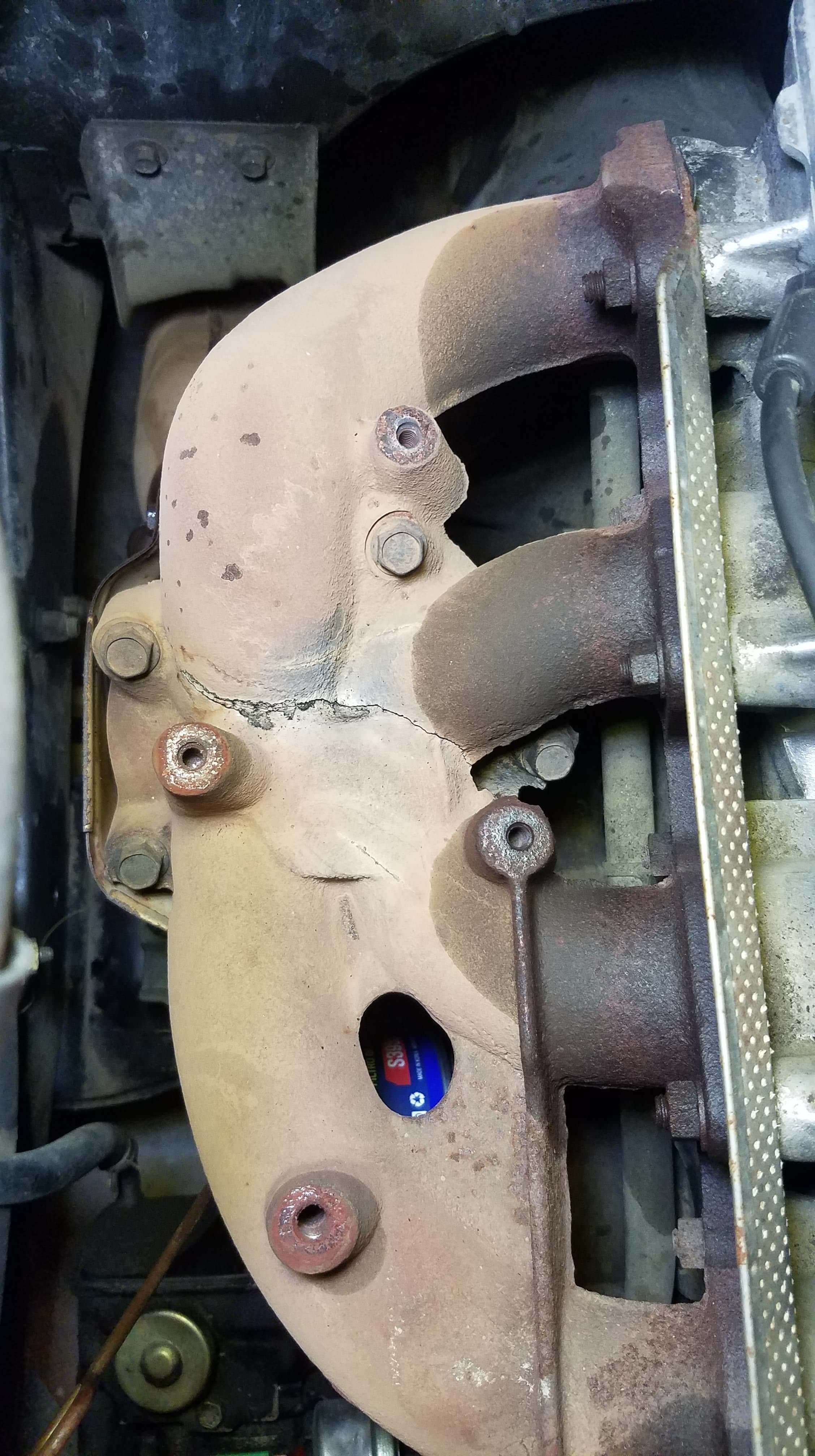 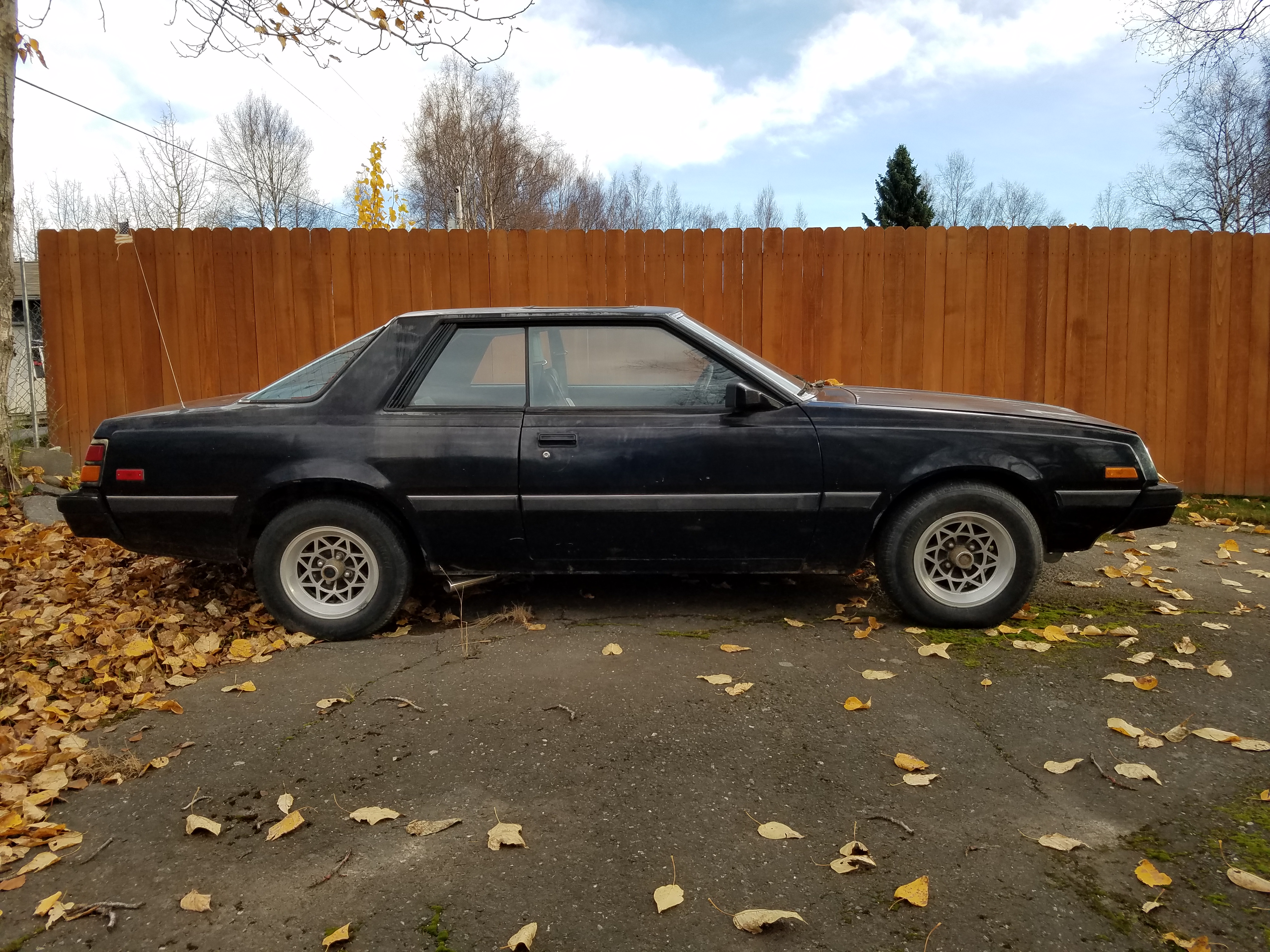 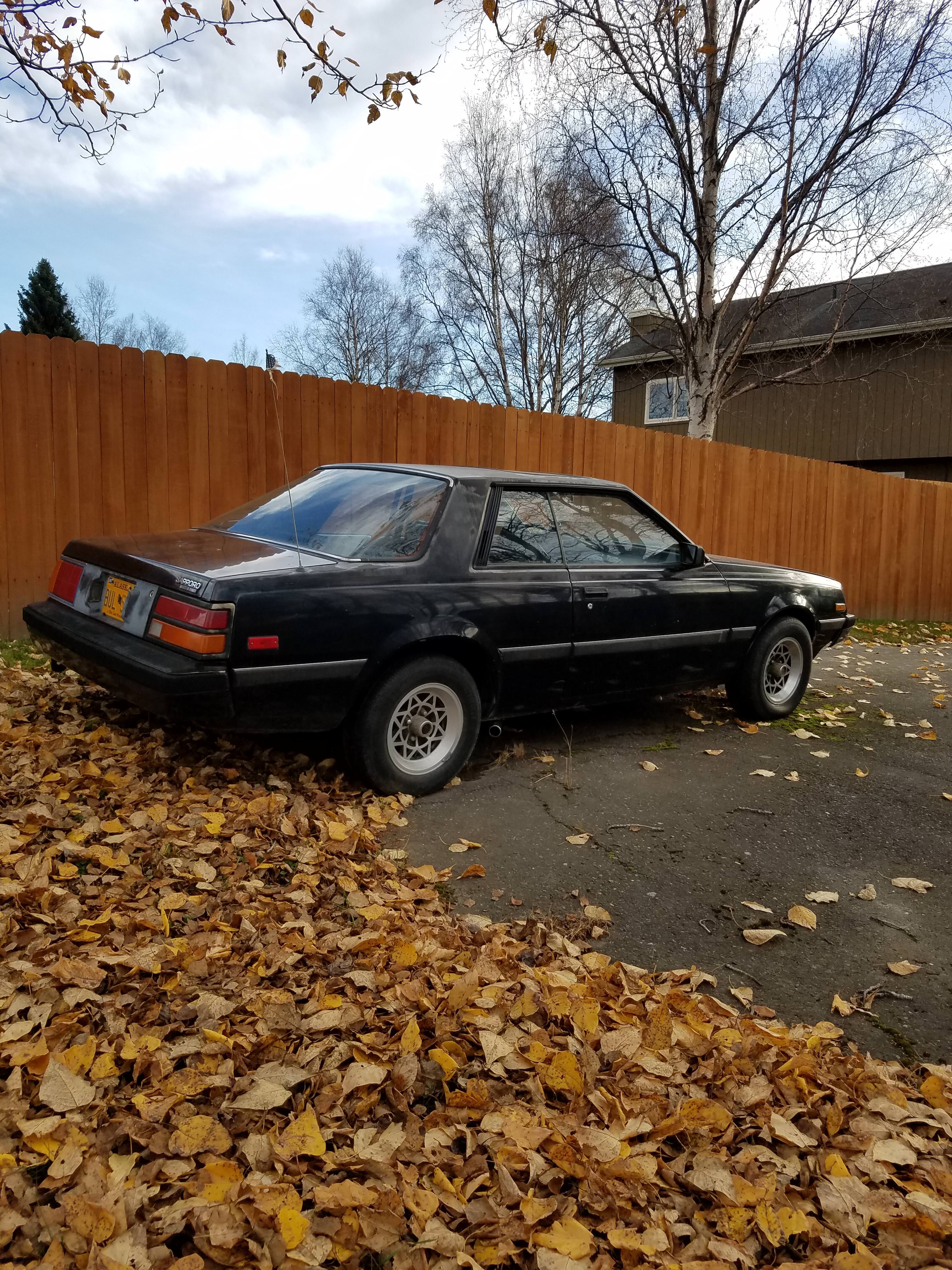 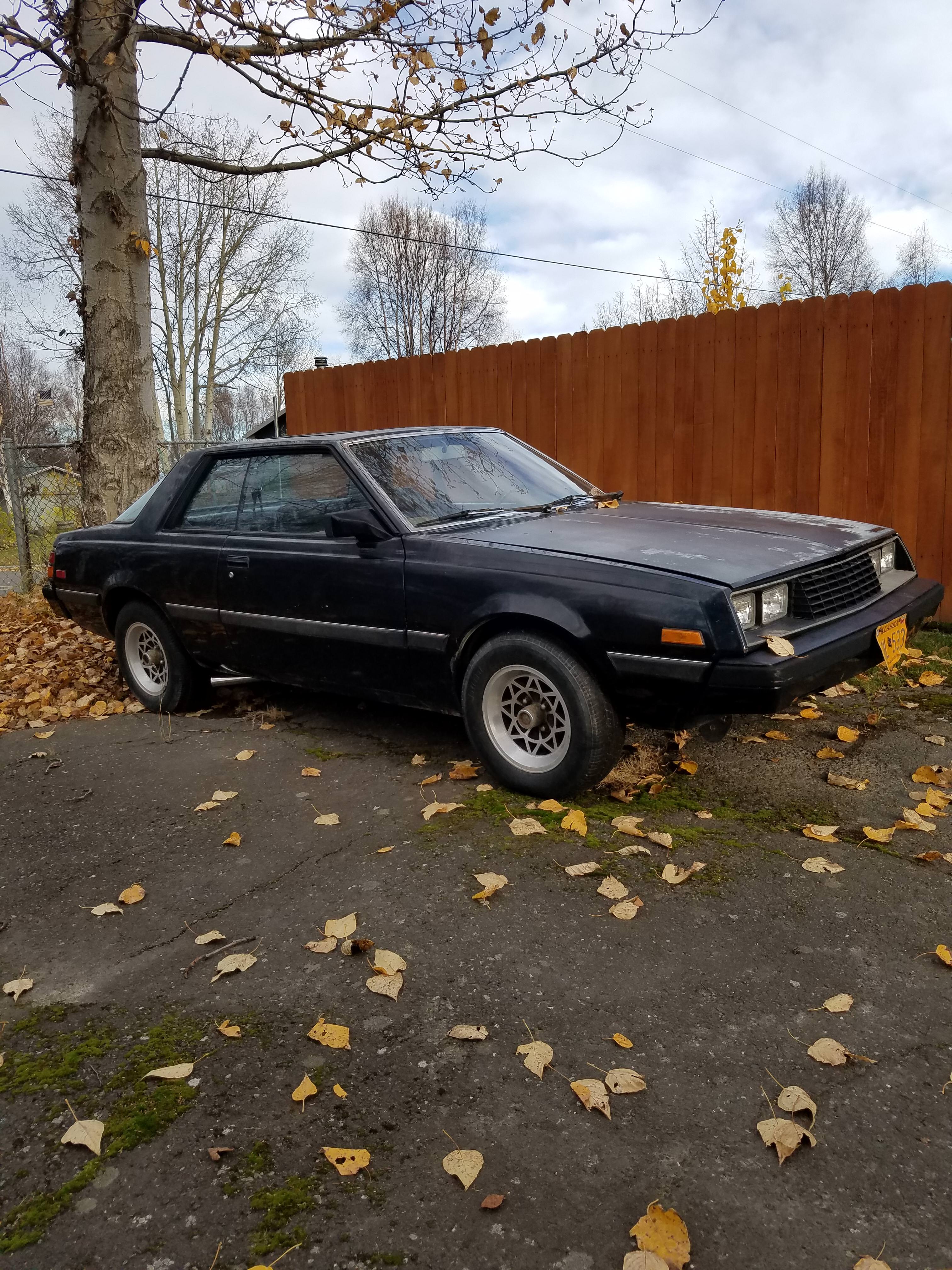 So the story goes AKnorthstar told me about this Sapporo thing on facebook market place for FREE but the guy gave it to his buddy when he got a hold of him. I had no idea what the heck he was talking about and when i saw the pick I thought barf. He said something about needing a cylinder head and whatever. Well AK probably has another laying around so that would be an easy fix...

About a month ago bam it was on fb marketplace again and this time it was $200. I was just starting to move into another apartment with a huge garage and thought hell yeah I got room for another forklift-engine turd! Lied to the car dolly rental guys and said it was front wheel drive and pulled it home. Two friends and I pushed it up the street and got a running start and got it up the driveway into the garage in one try, sketchy.

Interior had a layer of hay. wt..... Pretty sure an animal died on the roof from the weird spot of stuck on hair that was there. .22 and .308 shells in the center console. Whatever because I got a title. Cam sprocket was broken off. Of course AKnorthstar had one so I popped the cam caps off to see what the heck was going on. Well the #3 cam cap was seized to the cam from I'm guessing the same ancient oil sludge that clogged my Starion oil cooler. Popped a bore scope down all the cylinders and couldn't really see much but nothing was grenaded. Took a good look at the cam and it was IDENTICAL to the the '87 Starin cam that came out of my car. Got the gool 'ol sand paper out and smoothed out the new found oil grooves in the cam journals and then torqued down my old Starquest cam. Turned over free, and hey now it has performance oil grooves. Maybe a whole 2 hours of work and the 51 series battery out of my Starion and BAM! Well it at least rolled over. No fuel at the carb. Did some sucking at the fuel line and I got fuel up to the carb in no time so hey the pump must not work. Oh hey this has a mechanical pump that is bolted to the head where that little plate on our cars is. Starion cam even has the cam to run the fuel pump. Remember where I said the cam was EXACTLY the same. Grabbed a new in-stock (in Alaska) fuel pump from O-O-O Rieleys and a few seconds of cranking and that sum beotch fired right up. Changed oil and filter and hey look at that oil pressure is up above half baby.

Car ran ok for a bit but I noticed idle was funny and revved sloooowwwww. Not my first carburetor rodeo so I did some research and ordered a Weber 38mm kit for a D50 truck off of Amazon for a good $330. Don't even start with any b.s. about keep it stock or the stock Mikuni carb will blah blah run better stock because if you saw this conglomeration of emissions devices and vacuum hoses you would have done the same. Don't get me wrong because I'm sure it ran great 35 years ago but it was leaking fuel and I'd rather deal with one low speed mixture adjust, idle speed screw and a fast idle screw rather that the 5 screws and set up of the stock mess.

Carb installed pretty easy and came with a cool dvd on Weber info and the best aftermarket instructions I've ever seen. Just one thing... it had a different throttle cable from the D50 pickup so a little work and bam I got it rigged up legit. CAR FIRED UP IN ABOUT 3 SECONDS AND RAN GREAT. Pulled the thing outside, let it warm up to temp and did a little tinkering on the carb and boom it runs fuggin' great. WAY better response. Part I left out was I actually drove it about 3 miles with the stock carb which it really wasn't bad but then it started idled like poop so I broke down and got the Weber. Took the ol' gal out for a spin and Jesus Mary and Joseph it really did run better. More response, idled great and pulled so much mo' betta.

Now why the heck is the clutch so dang hard to push? Way hard.

In the process of doing the carb swap I removed the majority of the emissions business. Wow what a mess. Somewhere in that pile of junk is the dealer-installed option cruise control that used a odl skool light switch pull chain on a vacuum pod to pull open the throttle. I left the cruise on my Starion and it works great but jesus no I'm not messing with this Flintstones contrapalation. Yanked the AC off too and noticed it was similar to the Starion but had it's differences like it already had a separate alternator bracket. Kewl. Left the condenser core in there.

One thing that I'm still kind of baffled about (huh huh) is the Secondary Air System that injects air into the exhaust after the first catalytic converter but before the second. That's that huge circle thingy in the pics. I guess the trucks had the same deal but I didn't do the research. I'm a motorcycle tech and know about the SAS deal because they still use it on bikes. This one is funky because its a huge diaphragm under the intake that sucks air from a hose going to the original air filter housing and is pumped using pressure from the crankcase to then pump the fresh air into the pipe. Uhh the manual shows a crazy film diaphragm above the oil pan also along with the 2 huge pipes that go to the pump. I don't really want to know what that is all about. Put a little filter on the sucking pipe and am going to run the exhaust portion to air for the time being and see what happens.

Very nice car sir.  That exhaust mani can be welded nicely w some Weld Mold Ni 700 3/32 electrode.If you drill a hole at the absolute end of the crack on both sides to stop the crack from spreading. Groove out v shape all along the crack deep. Heat that mani to around 500 f (you can use your bbq grill) lol nothing above 600f (way to hot things like to move) so that the whole thing gets hot  and put two beads on it quick .Let it cool naturally (no wind or breaze)or drop it in some cat litter or play sand. Wait for 5 hrs to cool and make your flange is flat. You can stress relief it before welding by cutting in between webbing one thin blade cutting blade slice if you prefer. Although some guys dont like the idea of stress relieving the mani l personally always did and it works fine.Key is flat flange and holes line up after all is done.This weld is machinable if you are after smooth look.Good to go.

Lucky you! Looks like in good shape too. What u gonna do with it ?

That thing is cool! Keep it going!

I love those cars - along with the Challenger from the same years.  Good luck in bringing it back!